The army yesterday evacuated all 1,000 stranded pilgrims in the mountain folds around Jungle Chatti in Kedar Valley, said a statement. 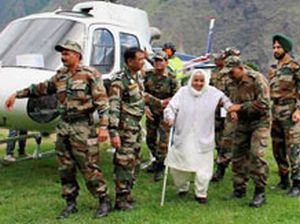 Using cliff assault techniques, skilled mountain rescue troops of the army evacuated 460 people on foot through one of the most dangerous zones in Kedar Valley.

The pilgrims were given food, fresh water, medical aid, blankets and plastic sheets at Gauri Kund Army Camp before further evacuation to Sonprayag.

Launching two columns simultaneously from Dharasu and Barkot, the army reached Hanuman Chetti Saturday and moved towards Janak Chatti and Yamunotri yesterday morning and evacuated all stranded pilgrims from Yamunotri, the statement said.

The army launched Phase 3 of ‘Surya Hope’ yesterday which would focus on contingency plan of evacuating people by road from the hubs at Harsil, Gauri Kund and Badrinath.

Inclement weather conditions did not stop the army from continuing its operations both with helicopters and ground troops.

Army helicopters were pressed into service by afternoon at Govindghat and Jungle Chatti. Evacuation was completed within a short span of time due to continuous and relentless efforts.

More than 3,000 kgs of the items have been dumped at major rescue centres. Two medical aid centres each have been opened at Gaurikund, Goucher, Joshimath and Harsil.

With the launch of Burma Bridge across Alaknanda River at Lam Bagar on Joshimath – Bardrinath road, it is now possible for pilgrims to be evacuated by foot from Badrinath to Govindghat. Vehicular movement is already underway between Govindghat and Joshimath.

The army has set up two administrative and logistics staging areas have been set up at Sukhi and Gangnani for the benefit of people travelling by road.

The Indian Air Force continued its evacuation efforts despite unfavourable weather conditions in Uttrakhand in the morning. 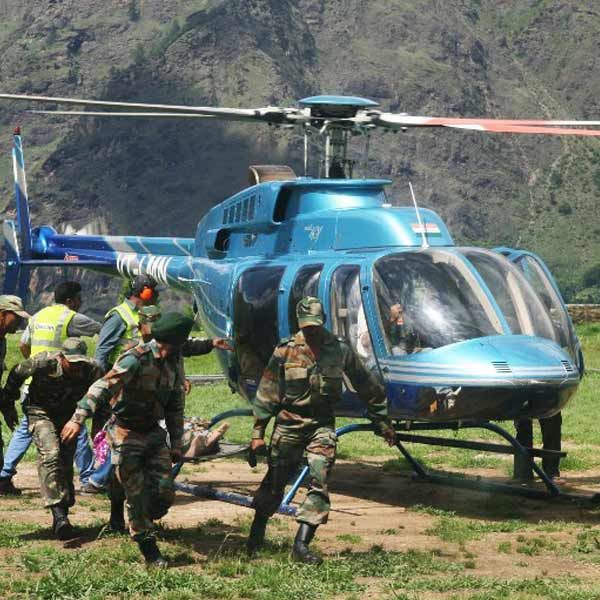 The C130 J aircraft undertook a weather recce mission in the morning based on which the IAF helicopters started operation in Harsil Sector and another one carried fuel.

Yesterday, the IAF airlifted about 2,094 people till 3 p.m. It flew about 180 sorties, dropping/landing 20,000 kg of relief material and equipment besides airlifting 210 NDRF and army personnel.

The progressive effort of the IAF for Operation Rahat shows a total of 1,088 sorties flown, 8,222 people airlifted and about 1,48,550 kg load dropped. 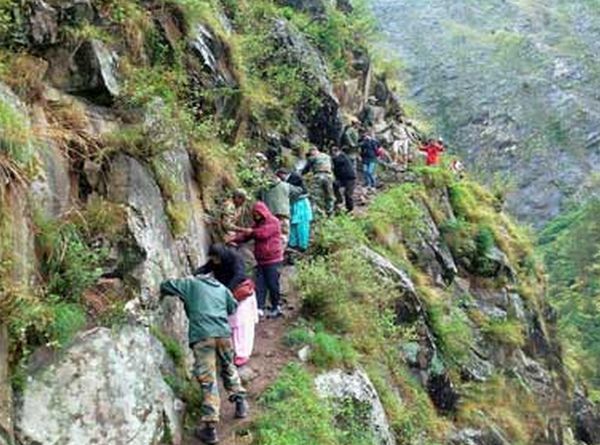 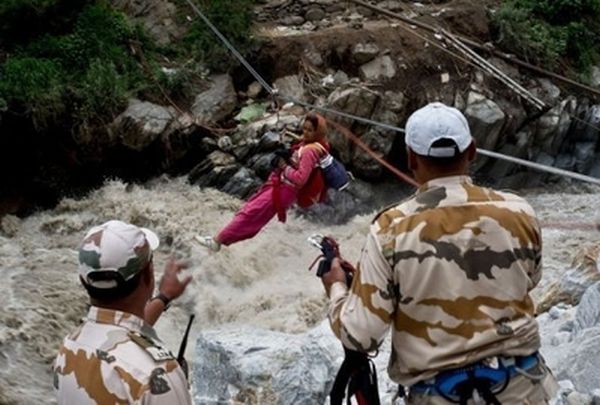 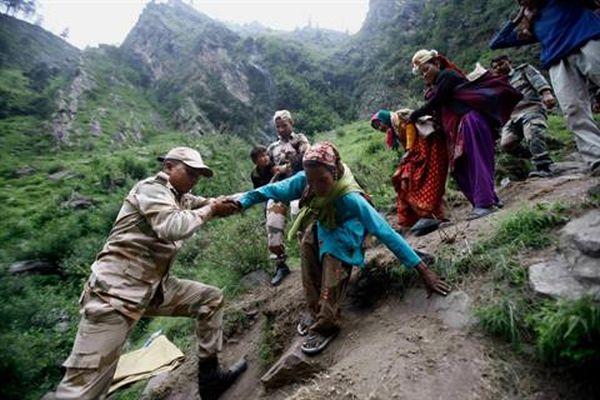 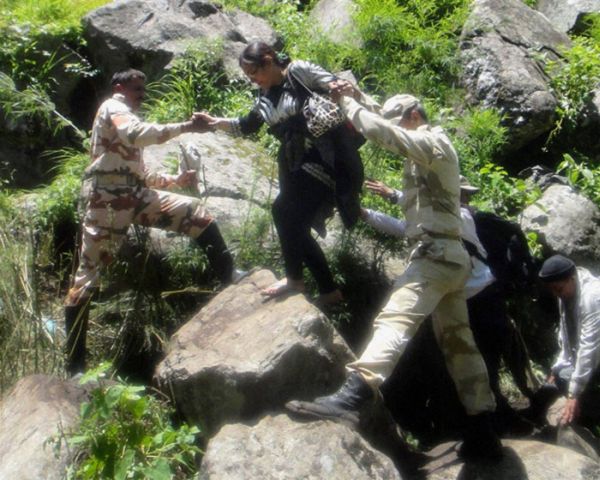