Shimla: Within a week of the alleged gang-rape of a 30-year-old US national in Himachal Pradesh’s Manali tourist resort, police have filed a chargesheet against the three accused, all drivers of Nepali nationality, an officer said today. 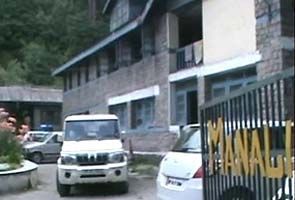 The chargesheet was filed against Arjun, Lucky and Som Bahadur Tamang in the court of Civil Judge-cum-Judicial Magistrate Gaurav Sharma in Manali yesterday, Superintendent of Police Vinod Dhawan told on phone.

The accused, who were arrested two days after the crime, are currently in judicial remand till June 17.

The woman who reached Manali, some 500 km from the national capital Delhi, with three other women just a day before the crime, alleged that she was repeatedly raped by three men who offered her lift in a vehicle early June 4 when she could not find a taxi on the outskirts of Manali.

Police said the men drove the woman to a secluded spot to rape and rob her.

Earlier, counsel for the accused had refused for the identification parade of the trio in front of the victim.

Dhawan said a report from the state forensic science laboratory is awaited and would be submitted later in the court.

The accused have been charged with rape, abduction and other relevant sections of the Indian Penal Code (IPC).

The victim, who is on a tourist visa and has been declared a government guest, is currently touring the picturesque Kullu Valley, known for attracting backpackers, especially from the US, Britain, Italy, France and Germany, said police officials.