Islamabad: “You’re going to lose,” a brave woman told one of the two machete-wielding London attackers who killed a soldier.

“You’re going to lose. It’s only you versus many,” said Ingrid Loyau-Kennett as she tried keep the attacker talking so he would not kill anyone else.

Two men carrying weapons brutally assaulted and killed the soldier in Woolwich in southeast London today afternoon. The two attackers were later shot and injured by police. Prime Minister David Cameron said there were strong indications that it was a “terrorist incident”.

Ingrid had seen the victim from a passing bus and quickly got off to help him, the sun reported.

Ingrid, 48, from Cornwall, said: “…I have my first aid – so when I saw this guy on the floor I thought it was an accident.”

She ran to check the victim’s pulse and at that time did not realize that the killers were standing just feet away. 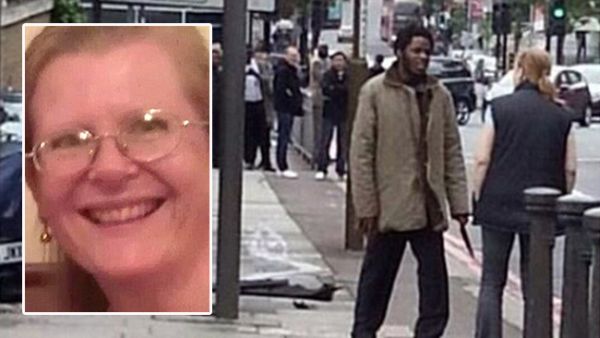 Ingrid stood up to the attackers, an act caught on mobile phone footage, when she realised that one of the men nearby had a revolver and a kitchen knife and was dripping with blood.

“We want to start a war in London tonight,” he told her.

Ingrid said: “He had what looked like butcher’s tools – a little axe, to cut the bones, and two large knives.

“So I thought: `OK, I don’t know what is going on here’. He was covered with blood.

“I thought I had better start talking to him before he starts attacking somebody else. I thought these people usually have a message so I said: “What do you want?”

“I asked him if he did it and he said: “Yes.” I asked why and he said: “Because he has killed Muslim people in Muslim countries.”

“He said: `He (the victim) was a British soldier’. I said: ‘Really?’ And he said: “I killed him because he killed Muslims and I am fed up with people killing Muslims in Afghanistan.”.”

Unshaken, Ingrid continued to speak with the attacker.

“By then, people had started to gather around.

“So I thought. ‘OK, I should keep him talking to me before he notices everything around him’.”