A solo release this weekend, the youth centric film will reportedly hit as many as 2,800 screens. 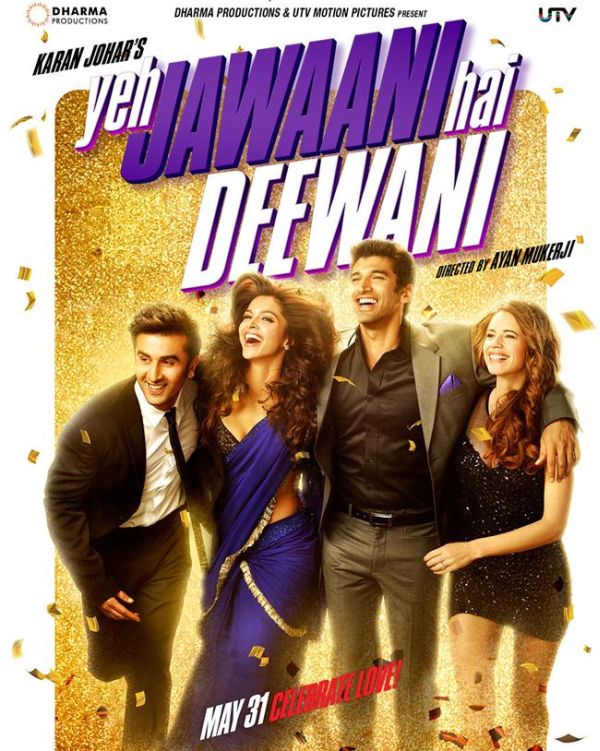 The movie had created a lot of buzz in its pre-production stage as it brought together ex-flames Ranbir Kapoor and Deepika Padukone on the silver screens after 2008 movie “Bachna Ae Haseeno”.

The story of the fun film, which also stars Kalki Koechlin and Aditya Roy Kapoor, majorly revolves around lead pair Bunny (Ranbir) and Naina (Deepika) and through them shows ambitions, dreams, emotions, love and heart breaks that the young generation goes through.

While Bunny is a free spirit, who wants to travel the world, Naina is a simple love-stricken girl. The two characters part ways just to meet each other again after a few years at a wedding.

However, Mukerji said that the movie does not target just the youth.

The 29-year-old director says “all emotions are universal…the relationship between two friends, the emotional value…falling in love, falling out of love, wanting to take off”. He admits that the film is about young people, “but not only for young people”.

“All films are set in a certain age group, but that does not mean that the film belongs to only that age bracket,” he explained.

Will the movie fulfil the high expectations of the audience or bomb at the box office, only the coming Friday would decide.