New Delhi: A Delhi court today questioned police about the role of cricket batsmen in the IPL spot fixing case and asked “if the bowler was fixed, what was the batsman doing?” 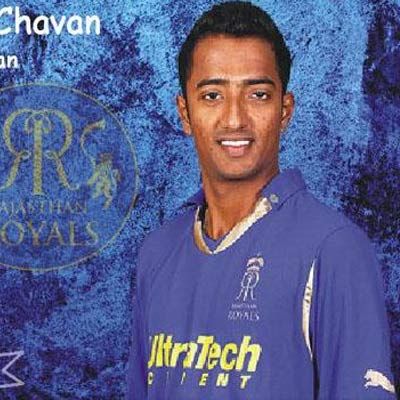 “If the bowler was fixed, what was the batsman doing? How come the bowler was giving 13 runs and batsman also made that many runs? What if he could not make that many runs?” asked Additional Sessions Judge Vinay Kumar Khanna, saying he wanted to know the Delhi Police were probing the role of any batsman in the case.

“Who was the batsman when Ankeet Chavan was bowling? There must have been something under his control also, after all, he has made runs…I wonder how can bowler give away runs without the batsman,” he added.

Replying to the queries of the judge, Public Prosecutor Rajiv Mohan and police officials told him that they were not probing the role of any other player or batsman.

“We have evidence to establish that Chavan was fixed,” Mohan said.

Chavan had promised to give 13 runs in the second over in a match May 15 between Mumbai Indians and Rajasthan Royals, the Prosecutor said while opposing Chavan’s interim bail plea for his marriage.

He added that there is a recorded telephonic conversation to the effect that Ankeet is ready to give 13 runs for Rs.60 lakh and the same evening, he gave those many runs.

On this submission of Mohan, the judge asked whether any batsman was fixed in the match or not.

“After Chavan gave away the runs in the fixed over, there is an intercepted conversation between his teammate Ajit Chandila and a fixer congratulating that Ankeet has done his job and now he has to be paid,” the prosecutor said.

Chavan and his teammates S. Sreesanth and Chandila were arrested in Mumbai by Delhi Police for their alleged involvement in spot fixing in matches for payments up to Rs.60 lakh for giving away pre-determined number of runs in an over.