Dehra Dun : While the Bahuguna brothers – Harsh Vardhan and Jai Vardhan – automatically come to mind in this capital city of Uttarakhand, when Mount Everest is mentioned, but there were celebrations since Sunday morning when news first came to town that the twin sisters, Tashi Mallik and Nungshi Mallik had scaled the highest peak in the world that very morning. 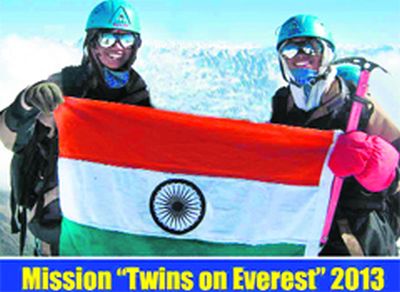 As people from various walks of life went to Johri village to congratulate their parents, Col Virendra Singh Mallik and Manju Mallik, on the achievement of their 21-year-old daughters, there was talk that this was perhaps the first time in the history of Mount Everest, that twin sisters had scaled the peak simultaneously on the same day.

However, Tashi and Nungshi, are not the first women from the state to have set foot on the highest peak of the world. Others who have done it earlier, include Bachendri Pal, who was the first women mountaineer from the country to climb the mountain, Sumanlata kuthiyal, Savita Martolaya and Kavita Burathoki.

Interestingly the four-member expedition which started on March 8, also had a brother-sister team from Pakistan in Mirza Ali (29) and his sister Samina Beg (22). The expedition had been aptly named Indo-Pak General Equality Expedition. It also makes samina, the first Pakistani women to have scaled Mount Everest.

The expedition sets Camp I on May 16, Camp II and III on May 17 and reached camp IV at a height of 7900 metres on May 18. They decided to set for the peak the same evening and were helped by good weather and after a strenuous climb of almost 12 hours set foot on the peak at about 7-30 am on Sunday, and unfurled the Indian tricolor.

The sisters who have also scaled Mount Kiliminjaro in Africa and had always dreamed of setting foot atop Everest have various other peaks to their credit. They now aim at scaling some other high peaks of the world including Mount Mckinley in North America, Mount Carstesz Pyramid in Australia and Mount Aconcagua in South America, amongst others.

Feeling proud of their daughters’ achievements, their father Col Mallik said that Tashi is a Tibetan word which means good luck and Nungshi means love in Manipuri. And the two sisters are using mountaineering to spread the message of peace and goodwill in the world and also that their achievement will help doing away  negative feelings against a girl child, specially in India. 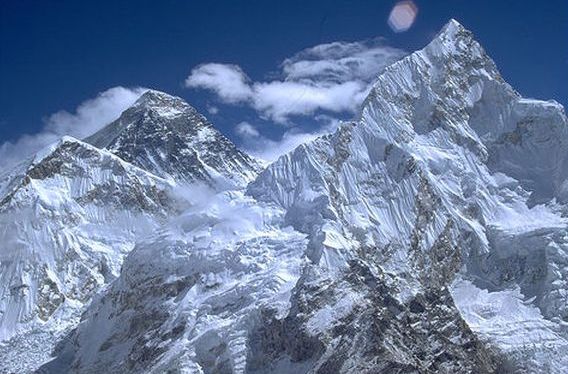