Dehra Dun : The people of Uttarakhand have been living in hopes and expectations that the number of promises made to them by politicians of various political parties over the 12 years that this mountain state came into existence, will be fulfilled some day. But the wait has been and appears that it will remain endless, as they seem to be written on water or traced on sand. 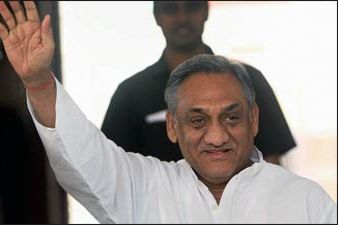 On Wednesday, chief minister Vijay Bahuguna, while addressing a public meeting at Dwarhat continued with the practice and came out with a list of promises that his government intended doing for the region in the coming time. He started with the words that developing the border and remote hill areas is a priority of his government.

While the gathering at the meeting may have lauded all the promises that the chief minister reeled out one after another, a grim reminder is the fact that efforts have not even been made to work upon the 25 per cent of the promises that Bahuguna has made ever since he took lath of office as the head of the government.

According to rough estimates in the little over one year that he has been in office, the chief minister has made over 700 announcements of various developmental projects to be undertaken in various parts of the state. Official sources here confirmed that forget starting work on them, a majority have not even been listed in the announcement cell in the chief minister’s office.

They said that paper work may have started on about a hundred odd projects, but work had yet to begin, adding that of the announcements to open about a dozen polytechnics and it is in the past one year, nothing had happened at the ground level on even one. In fact they questioned the need of announcing the technical announcements, as they already outnumbered the need.

Officials admitted that there was crying need to have a cell, which lists outs developmental projects that need to be set up in different areas of this small hill state. In the absence of such a cell, the chief minister makes an announcement of an unwanted or unrealistic development project in a particular area, which has to be later shelved, they pointed out.

It was felt that rather than focusing on immediate requirements of drinking water and health, stress was being laid on making popular announcements for political gains with Lok Sabha elections in mind. Efforts are also not being made that the work on on-going projects is expedited so that their benefits reach the people and costs are not escalated.

Take for example the Nanghat drinking water scheme, work on which was started 2003 for drinking water to Pauri city, which has an acute water crisis. Ten years have passed and the cost of the scheme has escalated from Rs 45 crores to Rs 70 crores, but water is yet to reach Pauri. It is now being said that leaks from the joints is the reason for the failure, which is being looked into.

And of the medical facilities, a resident of the far off Chamoli district rushed with his son to the state capital on the hope that he would get immediate required medical attention. But the father kept running from pillar to post since Tuesday evening in the hospital here, but was not attended to on the excuse that no bed is available, despite the critical condition of his son.

Desperate he went to the OPD on Wednesday morning where the doctor told the father that the condition of the child is serious with little chances of survival and the patient should be immediately admitted in the emergency ward. Here too the child was not being admitted, but after the people created a scene, the boy was admitted.

In a state where there is so much talk of responsible governance and accounting responsibility, the fact of the situation remains that all is happening on paper only to paint a rosy picture at the national level, where as on the ground level, the picture is rather grim of the going-ons. May be the chief minister and his cabinet colleagues, will try to pull up the officers and bring some sense of responsibility so that the people, who are fed up of living on hopes and promises can get some relief and respite.