Shimla: There being not enough attractions to hold the interests of summer visitors other than the cool air of a hill station, tourists are giving Shimla a miss this season as hotel are reporting a drop in bookings, eateries are without clients and tour operators are without business.

“There have been fewer tourists this season, so far,” says Surinder Justa, a government tourism official who tracks inflow of visitors to the city and its suburbs. “The summer is yet to pick up and so do we expect the tourist numbers to increase,” he adds. 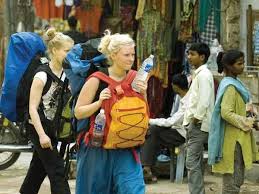 However, prospects seem to be waning as summer holidays in states like Gujarat, Maharastra, and West Bengal are on but there are not many bookings with hotels or travel agents, industry sources reveal.

Tarun Goel, a tour operator says, “one reason being cited is that LTC (Leave Travel Concession) tours for central government employees are only being permitted for Jammu & Kashmir, this year.”

“More tourists are heading for Kashmir valley as there are few attractions out here to hold their interests,” he said.

A multinational pizza chain outlet that recorded a near 20 percent sales increase each year for the 13 years it has been in operation in the city has much fewer customers to cater to this summer.

For the first time in 13 years since we began operations in the city, our revenues are expected to be lower than the previous year, says Vivek, manager with the pizza outlet. “Even the weekender tourist is missing,” he said.

The story is no different at a high end coffee shop, where it would otherwise be a game of musical chairs during heavy tourist season for guests looking for a seat to occupy at the fancy eatery.

“At this pace, I’m not sure whether the management would keep the outlet open for long, said Sunita, a young attendant at the coffee shop.

With not many walk-in tourists making queries about room bookings, hotel owner Davinder Shyam says, “it was not expected that tourist inflow would be so bad. Hotels are having a tough time to meet their operating costs”

Deepak Sud, who runs an air ticketing outlets blames the city losing out on air connectivity as one of the reasons for low preference among tourists of what otherwise is propagated as queen among hill stations.

“For the past 8 months there have been no flights to Shimla airport and few tourists have time take long road journeys for a holiday today,” said Sud.