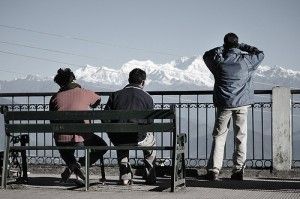 “In the past 24 hours, maximum temperatures across the state rose by two-three degrees above the season’s average, but there was no appreciable changes in minimum temperatures,” an official of the meteorological Office here told.

Light rains or thundershowers are expected in the state from Monday onwards, the official added.

Today, the maximum temperature in Shimla settled at 26.9 degrees Celsius, two degrees above normal, while Dharamsala recorded a maximum of 35.8 degrees Celsius, about 3.5 notches above average.

The maximum temperature in the state was recorded in Una at at 41.4 degrees Celsius, while Sundernagar was warm at 36.7 degrees. Kalpa saw a high of 26 degrees Celsius.