Srinagar: Jammu and Kashmir Chief Minister Omar Abdullah said today the tendency to view Kashmiri students with suspicion outside the state needed to be changed. 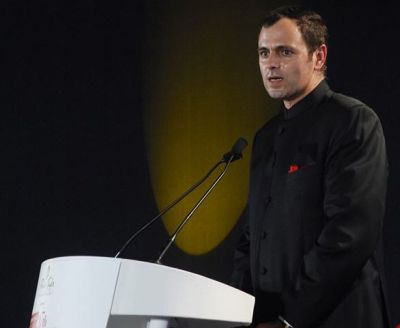 “Whether it is Jan 26 (Republic Day) or August 15 (Independence Day), our students are viewed with suspicion outside the state. I request that this attitude be changed. Our students are denied accommodation when they go to study outside,” Abdullah said.

He was speaking at the foundation laying ceremony of the Central University of Kashmir in Ganderbal district, the constituency Abdullah represents in the state assembly.

“Dheir Ayed, Durust Ayed (It happened late, but it finally happened right). I was worried about the delay in the setting up of the central university. I thank the United Progressive Alliance (UPA) chairperson and the prime minister for giving us two central universities.

“Our children have already proved their talent in various fields. All they need is a platform,” the chief minister added.

Abdullah told the university’s vice chancellor that the people of his constituency had been ignored while appointing cooks, labourers and watchmen.

“We have given our lands for setting up the university and we have no other means of sustenance. The university must ensure that smaller works inside the campus is allotted to local contractors,” he demanded.

The Central University of Kashmir has a 7.15 sq km campus and is about 27 km from here. Presently, there are 11 universities in the state.

“We want the central university to start soon. It will attract international faculty because of its beautiful environment,” Raju said.

The minister said there were 2,300 crore school-going children in the country out of whom 10 crore were being provided with midday meals at schools.

He also said there were 40 central universities in the country including the one whose foundation has been laid in Ganderbal.