Mark Twain once said that a gold miner is a liar standing next to a hole dug up in the ground. The time has come for financial market participants to stop looking at the world through the prism of a goldbug. 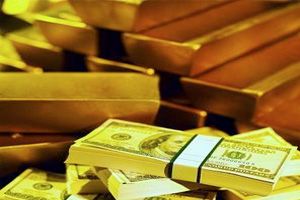 Gold finished in the green for 12 consecutive years providing investors a gain of more than 600 percent over the same period. It was considered a buy at any price in a zero-interest rate policy (ZIRP) environment, providing a store of value in a possible inflationary environment, a hedge against global systemic risk and a way to play the liquidity driven rally which followed after DM central banks pumped billions of dollars into the system.

The upside seemed unlimited as gold has no yield or cash flows, thus valuation metrics to derive an intrinsic value did not exist. Price targets by commodity “gurus” of $3,000 per ounce and above seemed very much within the realms of possibility. But the massive April sell-off in gold in which prices fell more than $250 per ounce on record trading volumes has led many gold bulls to take a closer look at their long positions.

One of the major pillars on which the bull market in gold relied on was the weak dollar. For the first time since the financial crisis we are witnessing a stronger dollar leading to a risk on move. Expectations of the Federal Reserve tapering off its open ended monthly purchases of long-term bonds and mortgage backed securities, commonly known as quantitative easing, is slowly being priced in by the market with the dollar index trading above 83.

Better than expected non-farm payrolls data, housing starts and a good start to the earnings season are also contributing to the up move of the greenback. The weakness in the Euro due to weak PMI data, lowered forecast by the ECB of the Eurozone GDP growth to -0.4 percent from 0 percent in 2013 and the upcoming German elections are also adding to dollar strength.

Far east, Abenomics has been a great success with the Japanese Yen breaching 101 against the dollar. Yen weakness is expected to continue in the second half of the year with the Yen averaging about 110 to a dollar by year-end, according to many currency analysts. Thus, both domestic factors in the US and the relative weakness of the other G-3 currencies have led many to call for a new dollar bull run.

The Australian dollar, a commodity currency and gold have historically depicted a strong positive correlation. The Aussie dollar has managed to trade above parity against the US dollar despite headwinds faced by severe economic slowdowns in Europe and China, two major markets for its commodity exports. However traders are expecting the currency to sharply depreciate within the next 18 months with some targeting the level of 0.65 against the dollar where it traded in October of 2008.

Australia’s central bank cut its key interest rate by 25 basis points to 2.75 percent on May 7 attributing it towards “below trend” economic growth and maintaining room for further cuts as inflation remained “consistent with the target and, if anything, a little lower than expected”. The Aussie breached the parity mark against the US dollar on May 10 and its continued weakness will support the gold bears conviction.

It is also important to view gold as a part of the commodity basket play. The equity rally with US and European indexes breaching all-time highs has failed to carry commodities with them. Crude, copper, corn and other components of the CRB commodity index have been laggards in the recent risk-on move.

The 20th century has seen three secular bull markets in commodities, each averaging about 17 years- 1906- 1923, 1923-1953 and 1968- 1982. Thus historically speaking the current bull run in commodities which began in late 1998 with the driving catalyst being physical demand from emerging markets – most notably China is now near its end. Even though fears of China’s possible “hard landing” have been abated, the new normal for Chinese GDP growth is now between 7-8 percent, well below the average 10 percent it clocked the previous decade.

Gold is reaching an inflection point in the sense that its period of outperforming bonds and equities is most likely behind us. It is now in bear market territory having fallen by more than 20 percent from its all-time nominal high of $1,923 per ounce and having beached the key technical support of $1,524 per ounce.

Gold should still constitute a small fraction of any portfolio as an instrument used for hedging against systemic risk. But recent bearish price action particularly during the Korean peninsula political tensions and the Cypriot financial crisis point towards a declining investor appetite towards the yellow metal as a safe haven asset. Gold will of course have its day again but for the foreseeable future gold is all set to trend downwards.

(Vatsal Srivastava is a financial analyst, currently based out of London. He can be reached at [email protected])