Washington: A subsidiary of Indian generic drug-maker Ranbaxy Laboratories has pleaded guilty to federal charges of selling adulterated drugs with intent to defraud and agreed to pay $500 million to resolve false claim allegations.

The US justice department Monday described as “the largest drug safety settlement” with a generic drug-maker related to manufacture and distribution of certain adulterated drugs made at two of Ranbaxy USA Inc’s manufacturing facilities at Paonta Sahib and Dewas in India. 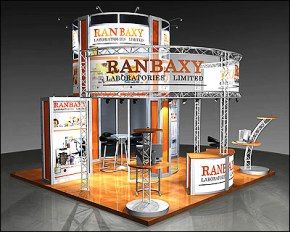 Ranbaxy also agreed to pay a criminal fine and forfeiture totalling $150 million and to settle civil claims under the False Claims Act and related State laws for $350 million, the department said in a media release.

“The joint criminal and civil settlement, which reflects many years of work by FDA agents and federal prosecutors, holds Ranbaxy accountable for a pattern of violations and should improve the reliability of generic drugs manufactured in India by Ranbaxy,” he said.

Ranbaxy USA admitted to introducing into interstate commerce certain batches of adulterated drugs that were produced at Paonta Sahib in 2005 and 2006, including Sotret, gabapentin, and ciprofloxacin, the justice department said.

Ranbaxy USA acknowledged that FDA’s inspection of the Paonta Sahib facility in 2006 found incomplete testing records and an inadequate programme to assess the stability characteristics of drugs, the justice department said.

The company also admitted to making false, fictitious, and fraudulent statements to the FDA in Annual Reports filed in 2006 and 2007 regarding the dates of stability tests conducted on certain batches of Cefaclor, Cefadroxil, Amoxicillin, and Amoxicillin and Clavulanate Potassium, which were manufactured at the Dewas facility, it said.

Ranbaxy USA was found to have conducted stability testing of certain batches of these drugs weeks or months after the dates reported to FDA, the department said.

In a statement on the conclusion of the US investigation, Ranbaxy said it had on Dec 20, 2011 signed a consent decree with the FDA agreeing to “further strengthen procedures and policies to ensure data integrity and to comply with current Good Manufacturing Practice (cGMP)”.