Singapore: Preparations are on for the four-day festival of Barsi, said to be the largest Sikh event outside of the Punjab state in India, in Gurdwara Sahib Malacca in the Malaysian state of Malacca, starting May 30. 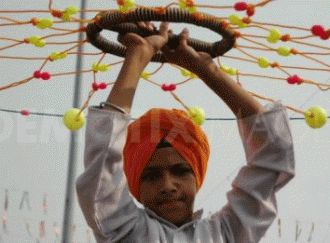 The festival commemorates the death anniversary of Sant Baba Sohan Singh Ji, a Sikh saint who lived in Malacca and passed away in 1972 at Ipoh General Hospital near the Malaysian capital of Kuala Lumpur.

The highlight of the event is the continuous recital of the Guru Granth Sahib for three continuous days.

This year, a special memorial will be held for a former priest, Giani Mahinder Singh Ji Khalsa, popularly known as Khalsa Ji.

Around 45,000 Sikhs from Asia, Europe, Australia and the US are expected to congregate for the event, the New Straits Times reported today.

“Khalsa Ji has also travelled extensively to promote the message of Sikhism to the Sikh youth around the world and was well-versed with the sacred scriptures of the Sikh holy book,” he said.

“Khalsa Ji shared a close relationship with the revered Sant Sohan Singh Ji and was picked to carry on the legacy of the latter’s mission to promote Sikhism.”

The Sant Sohan Singh Ji Malacca Memorial Society Malaysia was set up by the Sikhs of Malaysia and Singapore, to promote their religion and it was Khalsa Ji who volunteered to undertake the cause, Baldev Singh said.