New Delhi: If popular international show “CSI: Crime Scene Investigation” is remade in India, actress Preity Zinta is all for being a part of it.

“If ‘CSI’ is remade in India – the real thing, I want to be a part of it. I have studied criminal psychology,” Preity said in a statement. 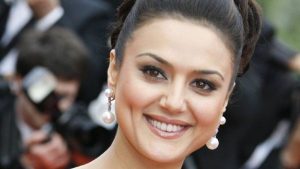 This Sunday, a two-hour special of the show focuses on the increasing number of crimes committed against women through special episodes of the investigative show, “CSI: Crime Scene Investigation”.

Preity believes it is important for everyone to make an effort to spread out the message and stop the increasing violence.

“Every nine seconds, a woman becomes a victim of crime. This woman could be anyone – one’s mother, daughter or sister. Because of this, it is critical to respect and protect every woman and bring an end to all crimes committed against them. I want to be involved in initiatives that will help in stopping crimes against women,” she said.

Actress Yami Gautam went down memory lane and re-lived her past times on a visit to her hometown Chandigarh for a TV show recently. Be it the farms or the markets, she visited some of her favourite places, and even met her fans.

The actress, who earned fame with “Vicky Donor”, will be seen in the second episode of “Star In Your City”, which features celebrities taking viewers to a tour into their hometowns.

Yami, 24, went for a boat ride at the famous Sukhna Lake, and candidly spoke about how her life changed after the success of her debut film. She even visited the theatre where she watched “Maine Pyaar Kiya” 20 times.

The actress also tried her hand at farming and rode a tractor for the first time. And while she was in the fields, she even gave the classic Mother India pose for shutterbugs. She even tried tying a turban.

Anything for friendship, believes filmmaker R. Balakrishnan, fondly called R.Balki, who will launch his friend Aban Bharucha Deohans’ book “What A life Yaar!”, along with his wife Gauri Shinde.

Deohans, an ad-filmmaker herself, has made several commercials with her cinematographer husband Kiran Deohans for her company Candid Creations. Some of her ads have featured celebrities like Amitabh Bachchan, Vidya Balan, Shahid Kapoor, Aishwarya Rai Bachahan, Saif Ali Khan and Sachin Tendulkar.

Aban has now stepped into the world of writing, and she chose a series of short fiction stories to be compiled together as her first book. Titled “What A life Yaar!” the book captures the moods and hues of everyday life through 24 short stories.

Aban and Balki know each other since long, and together, they have done a lot of ad films since. So, Balki didn’t have to think twice before agreeing to launch her book.

Also, Samir Soni and Sandhya Mridul, who have done umpteen ad films for Aban, will be reading excerpts from the book at the event Saturday.