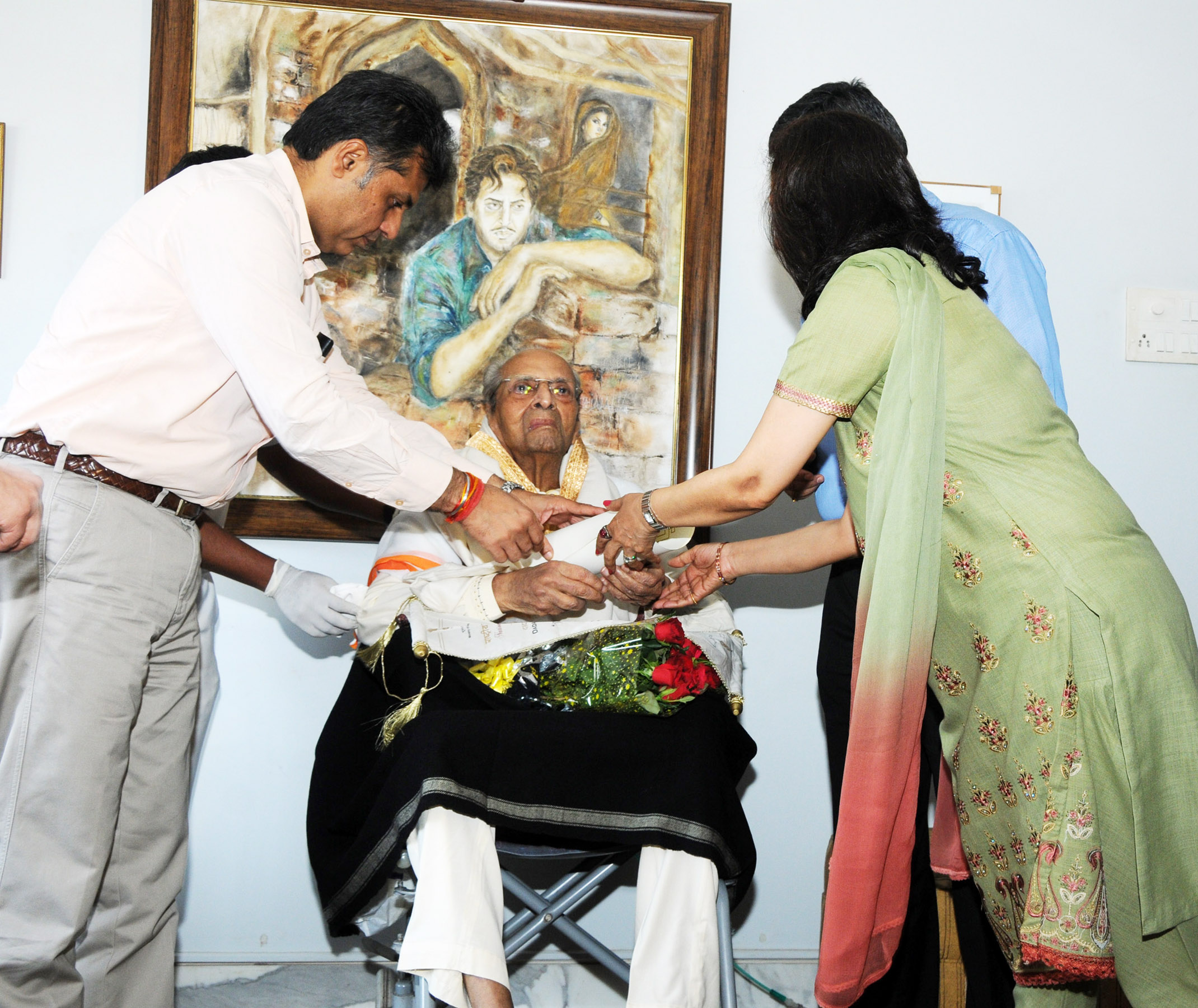 The frail 93-year-old Pran was unable to travel to New Delhi May 3 when the national film awards were given away by President Pranab Mukherjee.

Tewari was accompanied by Information and Broadcasting secretary U.K. Varma, officials from the ministry and from the Directorate of Film Festivals. He presented the award, comprising a Swarn Kamal, a citation, a shawl and a cash prize of Rs.one million (Rs.10 lakh) to Pran.

“It is an honour for me to present this award to Pran saheb in person, in the centenary year of Indian cinema. Pran saheb is one of the most deserving persons to get the award and this has added lustre to the Dadasaheb Phalke Award,” Tewari said, paying glorious tributes to Pran.

India’s highest award in cinema, the Dadasaheb Phalke Award, is given annually since 1969 to recognise the contribution of film personalities towards the development of Indian cinema and their distinguished contribution to the growth and promotion of the medium.

Born in 1920 in Delhi, Pran started his career as a photographer in 1940, but a chance meeting with a film producer got him his first role in a film called “Yamla Jat”.

After a brief pause due to Partition in 1947, when he moved from Lahore to Bombay, with the help of the renowned writer Saadat Hasan Manto and actor Shyam, Pran got a break in Bombay Talkies’ film “Ziddi”, in which Dev Anand played the lead role.

Since then, Pran never looked back and acted in over 400 movies spanning six decades, bringing to each role new mannerisms and style and holding generations spellbound by his acting skills and lending new dimensions to his earlier negative image with outstanding character roles in his later career.