Industrialists have opposed the stiff hike in power tariffs as approved by HP State Electricity Regulatory Commission in its order for 2013-14 saying that the cumulative increase of 16 to 22% would render industries in hilly areas as uncompetitive and unviable. 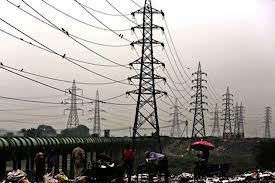 ates clubbed with automatic increase in electricity duty, it being advalorum, the net increased payable by industry would increase by as much as 16 to 22 percent.

The industrial association has sought the state governments intervention to take steps for making electricity cheaper for industrial consumers.

We are of the view that the free power that the government gets from various power projects should be made available at cheaper rates. The equity power available with the state should also be provided at cheaper rates and not at the prevailing market rates, said Aggarwal.

The association has decided to apprise the government about the impact the power tariff hike would have on the current industry and how it would act as a deterred for attracting more investments in the industry sector.