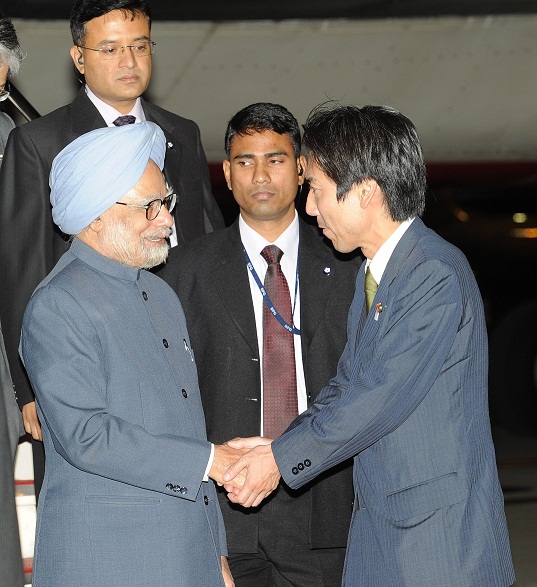 Tokyo, May 27 (IANS) Prime Minister Manmohan Singh landed in Tokyo Monday saying that there were “enormous potentialities” for Indo-Japan relations.

“The people of India have fondness for the people of Japan. I look forward to further cementing our ties with Japan,” he said. The prime minister arrived here for the first leg of a five-day tour that will also take him to Thailand. 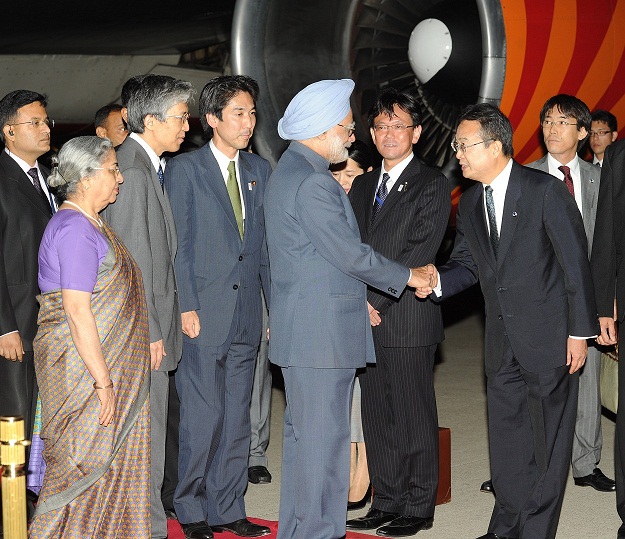 Manmohan Singh, accompanied by National Security Advisor Shivshankar Menon and other officials, will be in Tokyo for a three-day bilateral visit during which he will hold talks with his counterpart Shinzo Abe.

Civil nuclear cooperation talks will be high on the agenda, officials said.

Economic and regional and international issues will also figure high in the talks. Discussions on the Delhi-Mumbai Industrial Corridor (DMIC) and the high-speed train are likely to be held.

The prime minister will also discuss energy cooperation, including on frozen seabed gas hydrates — a breakthrough in Japan that India is interested in.

The bilateral summit was originally slated to be held November last year but was postponed after Japan decided to go in for elections.

“We have been discussing a civil nuclear cooperation agreement and hope to make more progress by end of this year,” Foreign Secretary Ranjan Mathai said earlier.

The prime minister is also to address Japanese businesspersons where he will “highlight major opportunities in India and seek greater Japanese private sector investment in India”, said the foreign secretary.

After concluding his Japan visit, the prime minister will go to Thailand May 30-31 from where he will return home.