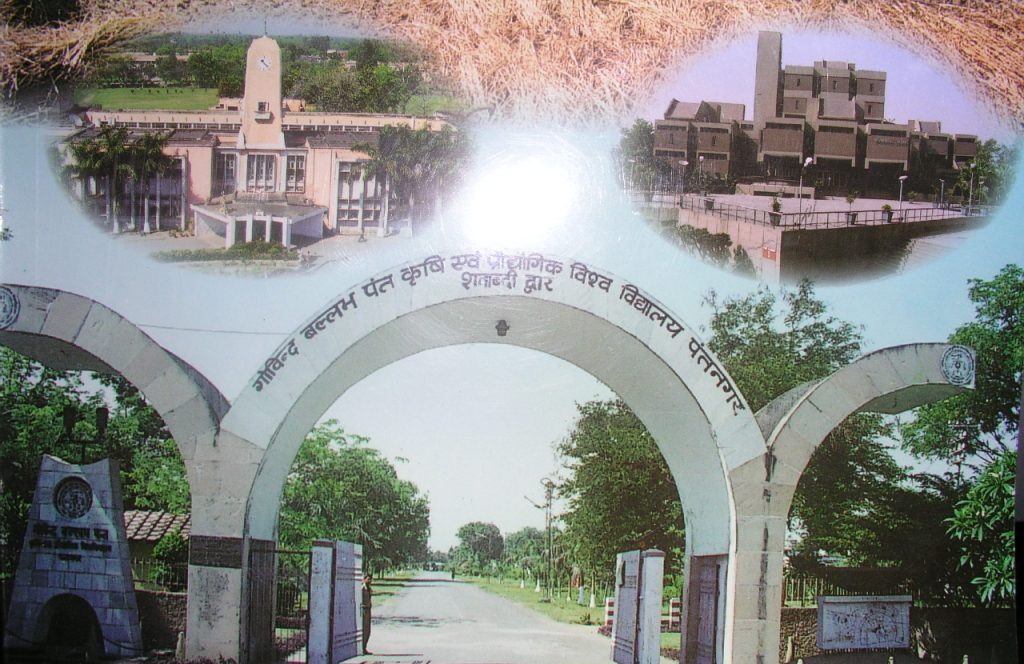 Dehra Dun : Uttarakhand is primary an agriculture dependant state with about 90 per cent of its population dependant upon agriculture for a living. But rather than strengthening the Govind Ballabh Pant University of Agriculture and Technology, so that research work done here can percolate down and benefit the masses of this small mountain state, it is being gradually cut to size and its agriculture fields where intensive research work was undertaken over the years,is being distributed to even private builders.

The University has the credit of being the first agricultural university of India. It was inaugurated by the first prime minister of the country, Jawahar Lal Nehru on 17 November 1960 as the Uttar Pradesh Agricultural University (UPAU). Later the name was changed to Govind Ballabh Pant University of Agriculture and Technology in 1972 in memory of the great freedom fighter Govind Ballabh Pant.
[box type=”info” size=”large” style=”rounded” border=”full”]
Because of the intense research work undertaken, specially in the field of agriculture and the flow of research from the laboratories to the field, The University was declared as the best among all the other State Universities in India, in 1997. The University lies in the campus-town of Pantnagar in the district of Udham Singh Nagar in the state of Uttarakhand. The university is regarded as the harbinger of Green Revolution in India.[/box]

In the early days, faculty from the University of Illinois, USA served the university in designing its education system and putting in place an effective research and extension system. Six to eight Illinois faculty used to stay in Pantnagar at a time, serving between 2 and 4-year terms for a period of 12 years. Pantnagar is a symbol of successful partnership between India and the United States. US greatly influenced the development of the university through its funding of several university programs.

Many of the university’s research activities were funded by the Rockefeller Foundation, the Ford Foundation, the Indo-U.S. Technical Cooperation Programme, and the United States Agency for International Development (program Public Law 480). The establishment of this university brought about a revolution in agricultural education, research and extension and is said to have paved the way for setting up of 41 other state agricultural universities in the country.
[box type=”info” size=”large” style=”rounded” border=”full”]
The campus was spread over 16,000 acres of land in the Terai area of Uttarakhand, of which 4000 acres was used for the construction of various buildings housing the departments, laboratories, libraries, auditorium and residential complexes of the staff and students. The rest were fields where quality seeds were produced after intensive field and laboratory research. The campus that sprawled over 65 sq kms, is now just a few sq kms in area.[/box]

Though the process of giving away the land belonging to the University started when Uttarakhand had not been carved out of Uttar Pradesh and then chief minister Mayavati, transferred a portion of its land for setting up the headquarters of the newly carbed Udham Singh Nagar district. But the rot started after Uttarakhand was carved out in November 2000 and University land was given to everyone and anyone for a song without bothering for the future of agriculture in the state.

As much as 3,339-acres of 13.51 sq kms was transferred to State Industrial Development Corporation of Uttarakhand (SIDCUL) for developing an Integrated Industrial estate. But this was just about the beginning of the magnanimity of the Uttarakhand governments in doling out the University land. Among those who benefited were the Airport Authority of India who set up an airport, the Railways, the police department for setting up the 46th Ban PAC, then the second phase of Sidcul and even to private builders, who have minted money, while the University assets have been badly eroded.

There is tremendous need for research work in agriculture in Uttarakhand, more so as villagers are leaving their villages and moving out, because of the agriculture fields are not yielding enough for their survival. And while the state governments have been promising to stop the migration from the villages, the Pantnagar University which could paly a yeoman role in this direction is slowly but surely being cut to size, much to the chagrin of the people