Jammu: The main organisation of elected panchayat members, All Jammu and Kashmir Panchayat Conference (AJKPC) has accused the state government of being insensitive and deceiving over 33,000 panches and sarpanches – village council members and chief – in the name of empowering panchayats. 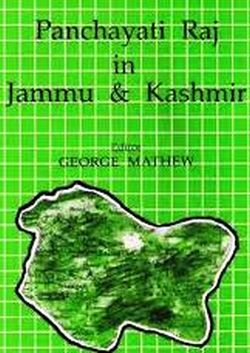 Anil Sharma, general secretary of AJKPC, said today: “The state government is not showing any sincerity on the issue of empowerment of Panchayati Raj Institutions in the state. The 73rd Amendment to the Indian constitution that gives powers to the panchayats has not been extended to Jammu and Kashmir.”

He also accused the state government of not paying any heed to the security of panchayat members.

A total of over a dozen members, including panches and sarpanches, have been killed by militants in the state since panchayat elections concluded in June last year.

This, and the continuing threat of militants, forced about 400 elected village panches and sarpanches to resign in the state till date, in different phases.

Sharma said, “During our (AJKPC members’) meeting with Rahul Gandhi last year, he had assured the delegation that his party would do everything to give panchayats their due share. Unfortunately, the state leaders of the Congress have totally disregarded the promise of their top leader.”

“The state unit of the Congress party has totally surrendered itself to the coalition partner National Conference (NC) for reasons best known to them.”

He also said that the enhanced monthly honorarium for panches and sarpanches announced by the government has not been implemented so far.

Sharma alleged, “It now appears that the state government just wanted to have panchayats in place to get crores of rupees that were denied to the state in the absence of these village-level elected bodies.”

The panchayat elections in the state concluded in June 2011. Since then, not only the opposition, but even the ruling alliance partner, the Congress, has been demanding empowerment of panchayats and implementation in the state of the 73rd Amendment to the Indian constitution.

However, state Rural Development Minister and senior leader of the National Conference Ali Mohammad Sagar says there were enough provisions in state laws for empowering panchayats, and other provisions too could be incorporated.

The Jammu and Kashmir state enjoys special status by virtue of Article 370 of the Indian Constitution, and has its own laws and constitution.