Chandigarh: Fancy drinking a beer but not in the chaos of a pub? Here’s the answer: A beer parlour with the ambience – and variety – of a coffee shop!

Pradeep Gidwani, a beer enthusiast and the man behind the launch of leading imported brands like Carlsberg, Tuborg and Foster’s in India, says that he wants to “make fine beer as familiar and as accessible as your favourite cup of coffee”.

Gidwani, who has set up The Pint Room, an exclusive joint for select beers from around the world, in New Delhi, Mumbai, Bangalore and Panchkula (near Chandigarh), says that the experience being offered by his chain is very different from the noisy music normally associated with pubs. The first Pint Room was opened in New Delhi last year.

“The Pint Room is India’s first attempt at a coffee shop of beers. My aim is to make it the perfect place to meet, mingle and discover the intriguing beverage. Unlike most other bars and pubs, this place is devoid of loud music, dim lighting and the nightclub vibe,” Gidwani told here.

“From the legendary Trappist Ales brewed in Belgian monasteries, Japanese “dry” beer to German wheat beers, stouts, lagers and ice-cold brews from frosted beer-taps, you’ll find them all at The Pint Room. Flipping through the menu is a treat in itself; it shows that these people really know their beer. A bit of history accompanies each beer. Tips on how to pronounce those exotic Belgian names and other interesting facts make each sip more pleasurable,” he said.

Gidwani, who calls himself the “Coach” of The Pint Room, said that the “widest choice of ales and lagers available anywhere” are offered to those who want to experiment with the best beers.

“The potential for the growth of beer in India is fantastic. All drivers are there in place – evolving economy, changing social lifestyles, hot climate and hot food. India has probably one of the lowest beer consumptions in the world; so the only way it can go is up. The only thing slowing growth of beer is extremely high taxation and complicated rules and regulations,” he noted. 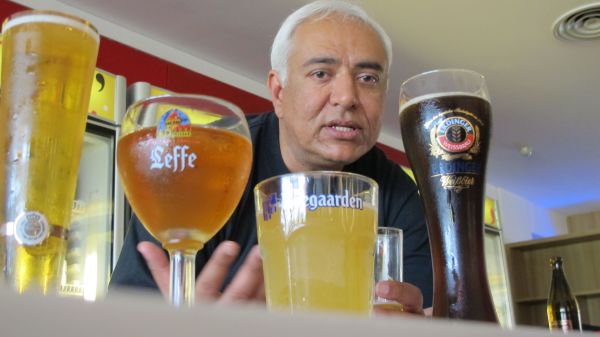 Gidwani was confident of success in the Punjab region, where the preference is for hard liquor.

“Drinking is not only about getting drunk. This place offers the finest range of beers. Chandigarh is the forerunner of trends in the upper north region. It will redefine drinking habits. We provide an atmosphere which is bright and cheerful,” he said.

Gidwani is planning more Pint Room outlets in Gurgaon, Mumbai and Pune. “We are aggressively exploring further opportunities for expansion across the country,” he said.