Gurgaon: Residents of the posh DLF City here today staged a noisy protest against the developer, saying the area was getting very little water despite the scorching heat.

People from DLF City Phase III, including women and the elderly, blocked the Moulsari Venue Road for more than two hours. 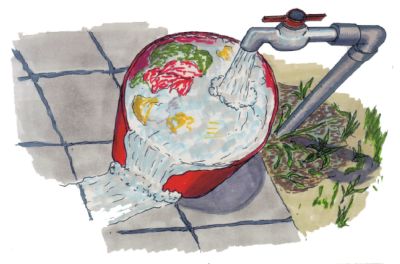 Joginder Singh, president of the Resident Welfare Association, said the DLF management had been told about the problem repeatedly but they had not done anything to ensure water supply.

“The little supply was reduced to half hour a day. Yesterday our taps remained dry. We have no option but to protest in this 45 degrees Celsius temperature,” Joginder Singh told.

The protesters alleged that the DLF management had hiked development charges from Rs.1 per square yard to Rs.2.50 on the pretext of providing basic amenities including better and sufficient water supply.

Some residents accused DLF of diverting the water to its commercial sectors.

After police moved in, the demonstrators shifted the protest to Haryana Urban Development Authority office. There, they were assured that water supply will be restored soon.