New Delhi: Prime Minister Manmohan Singh completes nine years in office Wednesday, the longest tenure of any prime minister outside the Nehru-Gandhi family. But his last year in office as head of the UPA-II government is likely to see him come under pressure over a spate of governance scandals as he fights to save his personal reputation and ensure a bankable record of achievements for the 2014 election. 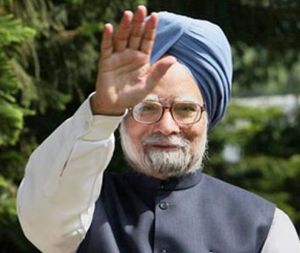 Manmohan Singh, who played a key role in ushering path-breaking reforms as finance minister to open up the Indian economy in 1991, became prime minister in 2004 after Congress president Sonia Gandhi declined to head a United Progressive Alliance government and made him a surprise choice of the party.

Along with Gandhi, Manmohan Singh played an instrumental role in taking the Congress tally from 145 seats in the 2004 election to 206 in 2009, much to the surprise of many. However, the journey to the 2014 election appears tough for the Congress with an opinion poll showing the party may muster only 136 seats if the Lok Sabha battle were to be fought now.

The last four years have seen the UPA-II government hit by a series of controversies, with the perception that it was lurching from crisis to crisis.

Political commentators are unanimous in saying that Manmohan Singh is personally an honest man but has become politically vulnerable in the last year due to the growing financial scams.

“There were a lot of expectations pinned on him,” journalist and political commentator Kuldip Nayar told. But as the days went by, Manmohan Singh did not meet expectations, he added.

Nayar, a former MP who has also served as Indian envoy in Britain, termed Manmohan Singh a “god who failed”.

He said Manmohan Singh came “with a lot of reputation” as a clean person and a very good economist.

“There was hope that the economy will gallop. All this proved to be wrong. Corruption was one thing that was never linked to him, but his regime in the second term has seen so many scandals. It looks that in every scandal the PMO (Prime Minister’s Office) was in the know. Whether (information) was conveyed to him or not is a moot point,” Nayar said.

“His own prestige has gone down. The party (Congress) will suffer because of government performance,” he said.

A.S. Narang, a professor of political science at the Indira Gandhi National Open University here, said the prime minister seems to have lost some will to govern in the last six months.

“The type of enthusiasm required is not visible. It may be due to lack of internal cohesion in the Congress or the difficult nature of coalition politics,” he said.

Manmohan Singh, 80, has been enigmatic about a third term – neither ruling it in nor ruling it out.

The UPA-II government has also been facing attacks on price rise and drift in decision making. The Congress has lost two major allies – the Trinamool Congress and the DMK – in the past nine months. And the UPA has been reduced to a minority with parliamentary crutches of the unpredictable Samajwadi Party (SP) and Bahujan Samaj Party (BSP).

Noted historian Mushirul Hasan said governance problems had developed in UPA-II, but the prime minister has maintained a reputation of personal integrity.

Hasan, a former vice chancellor of Jamia Millia Islamia, said problems of governance may be related to “forces at work in society” and noted that the Right to Information Act, the rural jobs scheme and the Right to Education Act were among “revolutionary steps” taken by this government.

George Mathew, director of the Institute of Social Sciences, said the prime minister was an academician, an intellectual who had enhanced India’s prestige in global fora and one who had provided a stable government. However, he added, he can’t escape responsibility for failures of governance as they happened under his watch.

“That way he is responsible, but we can’t say he did everything,” he said.

The BJP said the country had suffered due to policies of the Manmohan Singh government.

“The country has paid through its nose. It has been an economic disaster under an economist prime minister,” BJP’s Prakash Javadekar told.

“Nobody believes that the prime minister is dishonest,” Congress spokesperson Meem Afzal said, adding the opposition’s campaign against him would come unstuck.