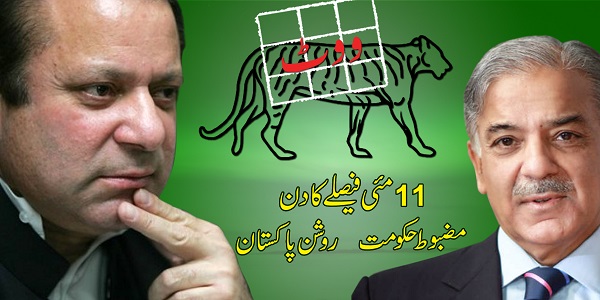 Voting was held Saturday for 269 of the 342 seats of the National Assembly and 728 seats in four provincial assemblies of Pakistan.

The PML-N was in lead with 115 National Assembly seats than its arch rivals the Pakistan Tehrik-e-Insaf (PTI) and Pakistan Peoples Party (PPP), Xinhua reported.

Sharif’s party was ahead mostly in Punjab, the country’s most populated province and also the stronghold of the PML-N.

Sharif himself was leading with huge margin from his rivals on two seats, one in Lahore, his home constituency and the other in Sargodha, a main city in Punjab province.

The trend, till late Saturday night, showed that PML-N was likely to get simple majority to form the government. But it would need support of other parties for a comfortable majority and a stable government.

Meanwhile, PTI, led by the cricketer-turned politician Imran Khan, was emerging as the second largest party with 37 seats. Khan, who contested on four National Assembly seats, was leading on all seats.