Washington: Dr. Pankaj Chaturvedi, a cancer surgeon at Mumbai’s Tata Memorial Hospital, has won a prestigious US award for his innovative leadership in the fight to reduce tobacco use and tobacco-related disease in India.

The Campaign for Tobacco-Free Kids presented Chaturvedi with the Judy Wilkenfeld Award for International Tobacco Control at its annual awards gala here Thursday. 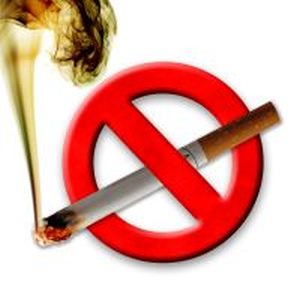 The Wilkenfeld Award was established in honour of Judy Wilkenfeld, the founder of Tobacco-Free Kids’ international programme, who passed away in May 2007.

The award recognizes international tobacco control advocates who contribute significantly to reducing tobacco use and inspire others to do the same in the spirit exemplified by Wilkenfeld.

“We have seen great progress in India and hope to serve as an example for the global community,” said Chaturvedi accepting the award.

“The world must hear the voice of tobacco’s many victims and know that progress in the global fight against tobacco is possible.”

“Cancer specialists like me who work with tobacco victims are the constant witnesses of the crimes perpetrated by the tobacco industry,” Chaturvedi said.

“I could no longer sit back and watch how helpless my patients and their families felt. I hoped these victims’ personal stories would rock the consciences of policy makers who must be convinced to take action.”

“Dr. Chaturvedi has not only created a lasting legacy in India, but also provided a global example in combating tobacco use,” said Matthew L. Myers, President of the Campaign for Tobacco-Free Kids.

As a head and neck cancer surgeon at one of India’s leading cancer hospitals, Chaturvedi was motivated to act by the suffering of patients with tobacco-caused cancers.

Described by his colleagues as visionary, tireless and undaunted, Chaturvedi recognized that fundamental change wouldn’t happen until public figures had to confront the horrifying reality that he sees every day in his operating room, according to a media release.

So Chaturvedi “launched the Voice of Tobacco Victims campaign. This revolutionary campaign has mobilized tobacco victims and their doctors to confront India’s leaders and demand that they enact and implement strong tobacco control laws,” the release said.

Today, this group is one of the leading forces behind India’s growing tobacco control movement that has resulted in bans of smokeless tobacco products in 23 of India’s 28 states and five of seven union territories.

It has also contributed to tobacco tax increases in 20 states.