Shimla: While ‘khap panchayats’ (caste councils) in Haryana continue to frown on inter-caste and sub-caste marriages and punish those who do so, marrying outside one’s caste is ever so profitable in neighbouring Himachal Pradesh – it’ll get couples all of Rs.75,000. 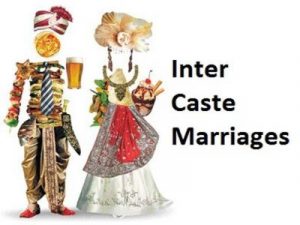 To prompt young men and women to break the caste barrier, the cabinet headed by Chief Minister Virbhadra Singh has enhanced the inter-caste marriage incentive from Rs.25,000 to Rs.75,000. It’s given to couples where one of the spouses belongs to a Scheduled Caste.

“We have seen in the past few years that the cash incentive of Rs.25,000 was not encouraging too many couples. So we have decided to make it lucrative by doubling its amount,” Special Secretary (Social Justice and Empowerment) M.P. Sood told.

Departmental records show that only 1,113 inter-caste marriages materialised in the past four years.

The Himachal Pradesh government introduced the scheme in 1994.

Newlywed Shimla-based Aneesh and his wife Shweta believe that the choice is for the man and the woman to make. Aneesh, a handsome banker, belongs to a lower caste, while Shweta is a high-caste Brahmin.

“It’s you who spends your whole life with the partner, not your parents. Your decision is final,” Aneesh said.

“In our case too, we convinced our parents and finally they agreed. But we were lucky as many still get threatened or even murdered for this,” Shweta added.

Rameshwar Sharma, additional director of the social justice and empowerment department, said the state is expanding opportunities for the Scheduled Castes, who constitute 24.72 percent of state’s 6,856,509 population.

“Promoting inter-caste marriage is just one step in destroying the caste system,” he added.

The Supreme Court in 2011 held that inter-caste marriages are in the national interest.

Justices Markandeya Katju and Gyan Sudha Misra said: “The caste system is a curse on the nation and the sooner it is destroyed the better. In fact, it is dividing the nation at a time when we have to be united to face the challenges.

“Inter-caste marriages are, in fact, in national interest as they will result in destroying the caste system,” the court added.

The court held that diktats by the “khap panchayats” aimed at coercing or committing atrocities on young men and women who wish to marry inter-caste/religion were illegal and should be stamped out.