Srinagar: A fortnight-long tourism festival kicked off here today to attract visitors to the Kashmir Valley.

Air India, state government, hoteliers, tour and travel operators have announced special packages for tourists visiting the valley from May 15 to May 29. 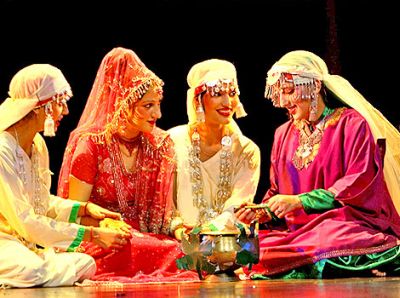 Air India has announced 20 percent concession on flight tickets for those travelling to Kashmir during the festival. Local hoteliers and houseboat owners have also announced such concessions for tourists.

Tourism Minister Ghulam Ahmad Mir said the government would focus on highlighting the local heritage besides organising trips to lesser known tourism destinations in the state during the festival.

The minister also said that banks of the Jhelum river here would be illuminated during the festival. All-terrain vehicle demonstrations and river rafting would be organised in Pahalgam, Sonamarg, Yusmarg, Mansbal, Daksum and Kokarnag.

The festival will end May 29 with a special Qawwali programme at the Sher-e-Kashmir International Convention Centre (SKICC) on the edge of Dal Lake.