Despite India’s significant economic development in the past decade, it lags in terms of various social indicators even when in comparison to Bangladesh, Nepal and Bhutan, its least developed neighboring countries.

In an attempt to amend the food poverty index, an essential indicator of the economy, the Indian government has shown urgency is passing the The Food Security Bill (FSB). This bill aims to provide food at a subsidized rate to nearly two-thirds of the country’s 1.2 billion population.

According to the statistics provided by the World Food Programme, India incorporates 25 percent of the world’s hungry and poor population, where over 70 percent of children are malnourished and about 10 million or more people die of chronic hunger or hunger-related diseases every year. 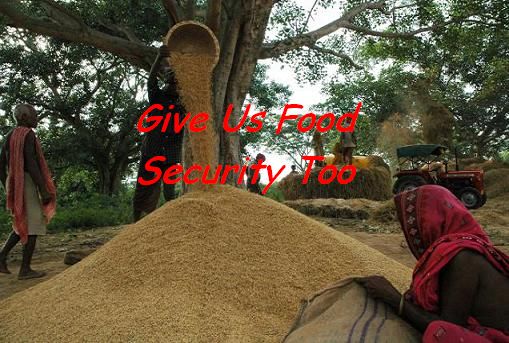 However, the question is whether this bill truly possesses the ability to discard or significantly reduce the hunger population? And if so, what will its impact be on the overall economy of the country?

Sachin Kumar Jain who is a social researcher says that, “We are already spending Rs 67,310 crore on food subsidies. The Food Security Bill will increase this by only Rs 30,000 crore, just 4% of the corporate taxes that are being booked as revenues foregone. The added expenditure will still mean a subsidy of only Rs 3.25 per person per day.”

These additional expenses can widen the trade deficit gap further from $104 billion a year ago to $155-160 billion at present. Economy watchers say that this will only increase in due course of time if the bill is passed and implemented.

As a result, the government will be obligated to import food grain as our grain output will not be able to handle such an extensive expenditure program.

The government aims to distribute wheat, rice and coarse grains at Rs 2, Rs 3 and Re 1 per kilogram to up to 70% of the population. However, a serious decline in the growth rate from 9% in 2006-2011 to 4.6% this year has caused tax revenues to fall. The government therefore, does not have the fiscal capacity to sustain and meet such extensive needs.

This argument is further supported with the statement made by the Reserve Bank Of India in their Financial Stability Report that India’s inflation risk remains high and a slowdown in revenue collections and higher spending on subsidies may make it challenging for the government to achieve the fiscal deficit target of 4.6 percent of the GDP this financial year.

If a growth rate of 5.2% is not met by 2014, the rating agencies could give us a “junk” status  which could make procuring loans extremely difficult for the corporate entity in India.

Additional concerns regarding this bill is that due to its legislation, the private food market will lose out on profits and cause a downslide in Indian agriculture.

Some national-level farmers’ organizations have opposed the National Food Security Bill, saying it would “lead to nationalization of agriculture by making the government the biggest buyer, hoarder and seller of food grains. This would distort the market mechanism and reduce the bargaining power of farmers.”

The government’s delivery mechanism for the FSB can be criticized the most. Their decision to use the same Public Distribution System (PDS), which in the past had performed poorly in ensuring the transfers reach the targeted group is a clear indication of the government’s lack of technical competence and carelessness.

Currently, PDS is used to deliver food subsidies to the poor but around 51% of it is lost to leakages and is sold on the open market for a higher price. Hence, this scheme would only further increase leakages and give rise to greater corruption.

The government should therefore, focus on productivity enhancement rather than on subsidizing food at the expense of taxpayers.