Kolkata: Admitting that he takes Kolkata Knight Riders’ defeats “personally”, superstar Shahrukh Khan today stressed that the Indian Premier League (IPL)matches have been a learning experience for him and his children. 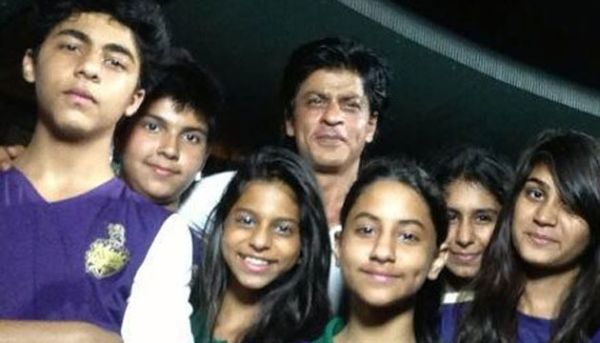 “I got to learn a lot (from IPL)…to learn how to lose but not become losers. My children have also learnt a lot.

“They haven’t learnt that much from my profession. But this completely uncontrolled, unbridled excitement,ups and downs and not knowing what’s happening has taught them to be better people. So I thank IPL,” Shah Rukh told a TV channel while promoting his forthcoming release “Chennai Express”.

Conceding to missing most of his team’s matches in the series, he said he has to juggle with the entertainment aspect in both cricket and films.

“I couldn’t come (to Eden Gardens). I was shooting my film and am injured too…I wanted to complete the movie.. I had a choice though. People would have been happy anyway watching the league matches,whether I am present or absent.

“Or if my film comes out , people will be happy watching it too. I have to balance it out between cricket’s entertainment and film’s entertainment,” said Shah Rukh, whose “Chennai Express” comes out on Aug 8.

The Bollywood ‘badshah’ admitted feeling “really sad” when his team, KKR, does not perform to expectations.

“I missed all the matches.. specially we didn’t make it to the play offs. We are the defending champions. When my team was not doing well, I feel really sad. I take it personally in terms of my emotions.. in terms of my children because I feel their life’s learnings are through this IPL,” he said.

Of the 16 IPL matches KKR played, the team won six and lost 10, thereby ruining its chances of qualifying for the play-offs this season.