It is getting murkier with each passing day as more shocking revelations are making their way out. Match-fixing scandal connected to the much fan-fared Indian Premier League (IPL) is divulging new names as various secret diaries are getting opened.

The latest entry in the notorious list of players and bookies arrested is Vindoo Dara Singh, son of legendary Dara Singh. He is known to be a small time Bollywood character-actor, works in Punjabi movies and was winner at Bigg Boss season 3. 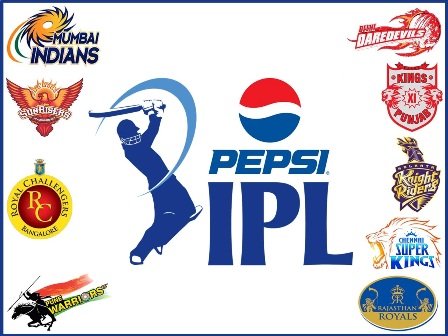 Vindoo was arrested by the Mumbai Police two days ago in association with the spot-fixing scandal that has taken the entire cricketing world including the Godfather of world cricket, Board of Cricket Control in India (BCCI) by astonishment.

Besides Vindoo others locked in custody whiled the police investigates the unfolding cricketing scandal are the Rajasthan Royal players Sreesanth, Ajeet Chandila and Ankeet Chavan.

However, what is most captivating in the arrest of Vindoo Dara Singh is the fact that he was spotted along with Indian cricket team captain Mahindra Singh Dhoni’s wife Sakshi standing in the Chennai Supper Kings (CSK) VIP box in the previous season during one of the IPL match.

Mumbai police is said to be looking into how Vindoo gained access to the CSK VIP box.

Although, it would be utterly immature to proclaim that Dhoni or his wife were aware of the intentions of Vindoo without any backing of evidence, nevertheless, it is troublesome for anyone making contacts with bookies, on or off field, which include the players or their immediate relatives.

Considering the easy access to the players by the bookies there is inclusive leeway of a league in the name of “Indian Phixing League” working on the parallel lines all the way too?

In addition, going by the phone conversation of Ajeet Chandila that was tapped by the Delhi police references to matches fixed in the previous seasons too have come up

For those, who have followed the IPL matches closely such disclosures are no surprise by any means considering the astounding number of close finishes in every season.

Vindoo is said to have admitted before investigators that he was in close touch with the relatives of Chennai Super Kings franchise owner, N Srinivasan who is also the President of BCCI.

The sham cricket tournament appears to get more fiddly keeping in view the autocratic way by which BCCI supremo is known to run the affairs of the cricket body for some time now.

Rest assured Srinivasan would not be resigning from the position any time soon but to hold an impartial inquiry, he should step aside till the aspersions cast are resolved.

As the rot gets deeper after the Chennai link to bookies became known, interestingly Vindoo also enjoys warm relations with the many Bollywood celebrities. With Bollywood known to have links with bookies earlier also, another set of big names tumbling out of the IPL cupboard may surface soon as the investigations digs deeper.