Chennai: Not much is known about hotelier Vikram Aggarwal, who is now under the scanner of police forces of Tamil Nadu and Maharashtra for betting in cricket.

Aggarwal’s lawyer Abudu Kumar Rajarathinam told that his client was picked up from his residence Monday morning by police, but the Tamil Nadu Police is silent on the issue. 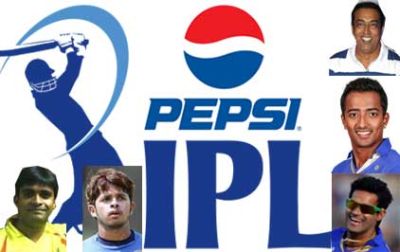 “According to Aggarwal’s wife, two policemen came to their house around 7.30 a.m. and took him away. The CBCID (Crime Branch Crime Investigation Department), that is probing the cricket betting case, says that Aggarwal is not with them,” Rajarathinam told.

“As my client’s whereabouts are not known, a telegram was sent by his wife to the DGP (director general of police) that he has been picked up by police,” Rajarathinam said.

He said there were some media reports that Aggarwal was absconding, which is not true and the next course of action will be planned Tuesday.

A few days ago, the CBCID had said that investigations are on to find out why the wife of a Chennai-based five-star hotel owner telephoned a cricket bookie, now under arrest, over a 100 times.

Without naming the woman, her husband or the hotel, the CBCID said the woman made more than 100 phone calls to Uttam C. Jain, an arrested cricket bookie. The official said that the purpose of the calls and the connection between the two are under investigation.

It is also said that the hotelier, known as Victor in betting circles, used the phone connection in his wife’s name to get in touch with the bookies.

The hotelier is said to have links with Bollywood actor Vindoo Dara Singh, arrested by Mumbai police for betting.

When contacted, a CBCID official told that Aggarwal was not with them.

Officials in the hotel industry here also do not know much about Aggarwal, though he owns star hotel properties.

“Originally he was in the construction business and then he became a hotelier. He has two hotel properties — the 129-room Fortune Select Palms near here and the 162-room Radisson Blu Hotel City Centre here. He was a new hotelier from nowhere,” a hotel industry official told, preferring anonymity.

For many in the hospitality sector here, the advent of Aggarwal of V.V.A. Hotels Pvt Ltd happened suddenly.

“Though he is an executive committee member of South India Hotels and Restaurants Association (SIHRA), he would hardly attend its meetings. He used to keep aloof,” said another hotel industry official on the condition of anonymity.

Hoteliers say that Aggarwal is now building a hospital near here as he was not happy with the income from the two properties.

According to industry officials, Aggarwal managed to open the Radisson Blu Hotel City Centre with a bar on the first day itself, which is normally not possible for a five-star hotel.