Jammu: The number of identified sick industrial units in Jammu and Kashmir is rising and industrialists say the government is not taking adequate measures to arrest the degrowth in the sector. 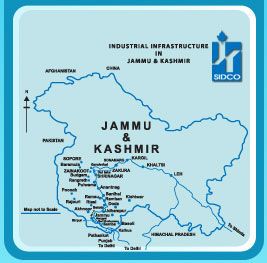 According to the official, there are 25,000 units in Jammu and Kashmir, including 150 large and medium scale. Of these, about 11,300 are in Jammu region and remaining in the Kashmir Valley.

He added that there are about 16,500 small-scale industries, of which 5,825 are closed or “untraceable”.

Y.V. Sharma, president of Jammu Chamber of Commerce and Industries, said the government had promised revival of a central package which expired in June 2012 “but nothing has happened in this regard.”

“We have a long way to go before we can say that Jammu and Kashmir is on path of industrialisation,” he said and added that the sector was “facing very tough challenges.”

The central government had announced a package of incentives and concessions for industries in Jammu and Kashmir in 2002 for a period of 10 years, which expired in June 2012.

“The basic industry friendly atmosphere and culture in Jammu and Kashmir which is lacking at the moment,” said Ashwini Soni, an industrialist in Bari Brahmana Industry complex, about 20 km from Jammu. “The government is not showing adequate intent and keenness to develop industries in Jammu and Kashmir.”

According to a study conducted by the industries department, inadequate financing by banks and lack of marketing facilities for end products and the turmoil in Kashmir region were the reasons behind units going sick in the past 10 years.

C.L. Gupta, a retired officer of the industries department, said the government has not been able to provide incentives to the sector.