Toronto: The mother and uncle of an Indo-Canadian victim of an alleged honour killing appeared in a court in the Canadian province of British Columbia for the first of five witness hearings in an extradition trial.

Jaswinder “Jassi” Sidhu, 25, was found slain in a canal in Punjab state of India in June 2000 when she was in that country in a bid to bring back her husband Sukhwinder “Mithu” Sidhu whom her family strongly disapproved of. 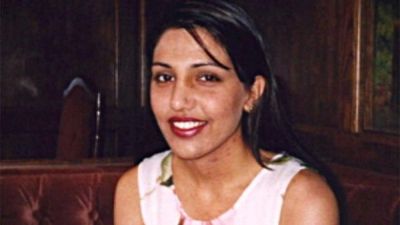 Malkit Kaur Sidhu, the mother of Jassi and Jassi’s uncle Surjit Badesha appeared in a prisoner’s box in the British Columbia Supreme Court to hear a co-worker of the victim testify against them, Canadian media reported.

Jody Wright, who worked as a receptionist in a beauty salon at Coquitlam in British Columbia, where Jassi worked as an esthetician, described how the latter spent the last days of her life in fear being closely watched by her family.

“There was always someone there watching her,” the Vancouver Desi quoted Wright as telling the court, recalling how she would routinely see a member of Sidhu’s family seated on a bench in front of the salon.

“We were always concerned about (Sidhu’s) well-beingÂ… we felt like her life was in jeopardy,” she said.

According to Wright, Jassi married Mithu in March 1999 secretly but her family discovered the fact by the end of that year.

She admitted to marrying Mithu after “intense interrogation” by her family, who did not like the latter as he was poor.

The marriage had come to light after Jassi’s previous boss called her home to say that she had left some personal items in her office that needed to be taken. It was then that the family came across a marriage certificate.

“She was happy with Mithu, but she knew she had to keep it a secret because her family disapproved of him,” Wright was quoted as saying.

“Disapproved completely, because the family (of Mithu) wasn’t rich.”

Jassi was then made to sign papers annulling her marriage to Mithu.

Wright said she and Jassi worked out a code – “I am sick or I have the flu” – as the latter was kept locked up in her room at home.

Once Jassi said these words over the phone, Wright was supposed to call up the police, something she said she had to do twice.

In the weeks leading up to her murder, Jassi fled from her home for a co-worker’s apartment.

Since her bank accounts were frozen, she borrowed money from her friends to go to India with the hope of bringing back Mithu and the duo living together in a separate apartment in Canada.

On June 8, 2000, Mithu and Jassi were attacked by a group of eight men in Punjab.

While Mithu was badly beaten up, Jassi was abducted and her body was recovered the next day.

The extradition trial in the Canadian court will continue with a total of five witnesses expected to testify.