New Delhi: India is amongst the countries most vulnerable to climate change and must develop its own model to study changes at the regional level and take necessary mitigation measures, a senior US scientist of Indian origin said.

Anjuli S. Bamzai, program director of the Climate and Large Scale Dynamics Program of the National Science Foundation (NSF), a US government agency, said India has a historic database of 130 years of weather and it can be used for climate modelling. The country has a monsoon model but not a climate model. 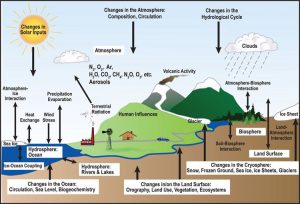 “It will be great if India has its own climate model (to know the changes in climate at regional level). China has two climate models and the US has three, while India is using its model mainly for predicting the monsoon,” Bamzai, who is visiting India, told.

Scientists across the world run climate models — a computer-based system — to understand and predict the behaviour of climate.

The system aims to answer questions such as what might happen if greenhouse gas concentrations double.

Climate modelling allows scientists to understand expected changes in climate in the next few years. Based on this, governments take policy measures to prepare themselves to deal with the challenges likely to be posed by climate change.

If India has its own climate model, Bamzai said, it can predict the changes in climate and form policy measures to deal with it.

Bamzai, a postgraduate from the Indian Institute of Technology-Mumbai, said India as of now uses the IPCC model despite maintaining a huge database of weather patterns.

IPCC is a UN-backed Intergovernmental Panel on Climate Change that was established in 1988 to assess the risk of human-induced climate change.

“India has a big tradition of generating monsoon data. The process of collecting weather data started in India some 130 years back with the setting up of the India Meteorological Department. This historic database can be used for climate modelling,” said Bamzai, whose family is originally from Kashmir and is now settled in the US.

“India is in a real good position and with good data available, it can study paleo climate (past climate) to understand changes during the course of time and predict the future,” she added.

She said the US and India had mutual interest in cooperating in studying climate change and improving monsoon forecasts.

The NSF has funded the projects of some Indian scientists to study the impact of climatic changes.