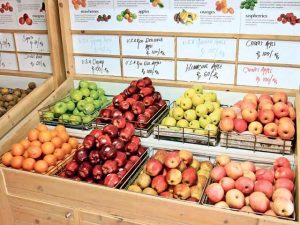 Set up under an Indo-Israel project, the new centre will be inaugurated by Chief Minister Bhupinder Singh Hooda in Mangeana village of Haryana’s Sirsa district May 21, a state government spokesperson said.

Ambassador of Israel Alon Ushpiz will also present during the inaugural ceremony.

“Saplings of citrus fruits, pomegranate, olive, guava and date had been planted in this centre. Apart from this, shed net house, anti-insect house and high-tech greenhouse had also been set up.

“Indo-Israel technology is being applied in this centre. Micro-irrigation with automatic system had been installed in separate blocks of orchards and nursery,” the spokesperson said.

He added that horticulture farming would enhance income of farmers and fresh juice would be available to people of the adjoining areas.

Over 8,300 hectares of land have been brought under horticulture cultivation in Sirsa district in west Haryana, 270 km from here.

The vegetables centre project in Gharaunda, in which both countries share technology and jointly undertake protected cultivation of various vegetables, including tomatoes, cucumbers and capsicum, has been operational since January 2011.