Mumbai: Leading actor and Kings XI Punjab’s co-owner Preity Zinta is shaken by the spot-fixing scandal to hit the Indian Premier Legaue (IPL) and says if the charges of spot-fixing are true, it would be bad for the game. 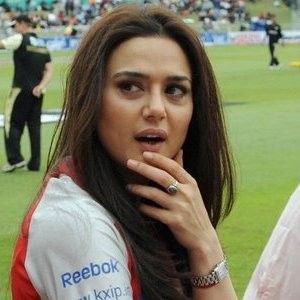 She said: “Look, I’d still like to give the accused the benefit of the doubt. But if the allegations are true, then it’s really really sad for the country, for the game and for the IPL.”

“So much faith is placed on these players. I don’t think they’ve any business betraying us like this. If the allegations are true then let me tell you the BCCI (Board of Control for Cricket in India) is going to take very stern against these players. At the same time, we can’t write off the game just because there might be some rotten eggs in the basket.”

Preity admits there have been times when she has felt out of place in the IPL.

“I am not going to deny there are dark moments when I feel, ‘What the hell am I doing here?’ But on the whole the IPL experience has been very fulfilling and I’ve never been seriously tempted to question my place in it.

“I only wish people who are part of the IPL would take their responsibilities seriously. Finally, it’s not the players, but the team owner who has to face the uncomfortable questions on the raison d’etre of the IPL,” she said.

The 38-year-old, who is associated with IPL since 2008, has learned to take the criticism on her chin.

“These last three years have made me stronger. I feel I am far more experienced now as a human being than I was three years ago. We actors lead very cocooned lives. I think being only actor limited my world-view. We go to the studios, do our shots and come back home,” said the actress of hits like “Soldier”, “Salaam Namaste” and “Kal Ho Naa Ho”.

“As an entrepreneur, a cricket team owner, and a producer I’ve had rigorous exposure to the world outside the film studio. Today, I feel I am in touch with many more realities both within myself and in the outside world. Yeah, I think I’m stronger,” she said.

Currently, she is looking forward to the release of her first production venture “Ishkq In Paris”.