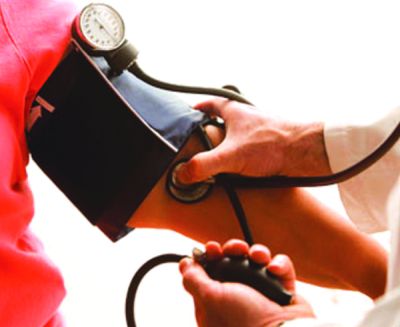 “The biggest problem with hypertension is that there are no symptoms. Thus people tend to be unaware that they have hypertension,” Ravi Kasliwal, senior cardiac consultant at Medanta-the Medicity, told.

“High blood pressure (BP) is a major public health problem in India and its prevalence is rapidly increasing among both urban and rural populations. In fact, hypertension is the most prevalent chronic disease in India,” he said.

A classic case is of Samir Soni, who like any other 23-year-old, was coping with work at a call centre and the demands of a fast moving city till one day he suffered a stroke at work.

Doctors say the Soni case is typical of urban Indian youth who silently suffer from high blood pressure without realising it and which ultimately leads to such major health problems like strokes.

Blaming Indian food habits and a sedentary lifestyle, Kasliwal said: “Most of us grab snacks like namkeens and samosas when hungry between meals. Not only do these have a high salt content but they are also sources of trans-fats.”

Vipul Roy, senior consultant at the Indraprastha Apollo hospital told: “Youths are very casual about their health. Most of the time they are glued to TV sets or computers and have very little time for exercise.”

Roy advocated an awareness regimen among the young about the perils of hypertension, including special health classes at the school level.

The prevalence of hypertension ranges from 20-40 percent in urban adults and 12-17 percent among rural adults.

Experts estimate that the number of patients in India with high BP is likely to rise from about 140 million in 2008 to nearly 215 million by 2030 along with an increase in the risk of complications such as heart attacks, strokes, kidney problems and other serious illnesses.

Given the seriousness of the problem, WHO has selected hypertension as its theme for 2013.

High BP is, however, both preventable and treatable.

For many people, lifestyle changes such as cutting down on salt, eating a balanced diet, avoiding harmful use of alcohol, getting regular exercise and avoiding tobacco use are sufficient to control blood pressure.

For others, medication is required, which is effective when taken as prescribed.

Kasliwal said a simple measure like restricting the salt intake per person to less than five grams per day and half an hour of exercise can help control hypertension that is assuming epic proportions in the country.