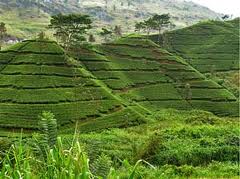 Laying the foundation stone of a lift irrigation scheme from Parlog Khad to Ogli and to Baghi in Shimla district, he said it would be constructed at a cost of Rs.1.40 crore, and provide irrigation facility to 75.75 hectares.

The chief minister said the irrigation scheme would encourage the farmers to cultivate cash crops and supplement their income.

Later, addressing a public rally at Jalog in Seeraj area, his home constituency, Virbhadra Singh said the government has completed less than five months of its tenure but has taken numerous steps for welfare of the state.

He said the state government has succeeded in approving Rs.22,800 crore under the 12th Five Year Plan, which is 65 percent higher than the previous Plan.