Shimla: A monthly increase in diesel prices, something that should have increased the losses of Himachal Roadways (HRTC), has not only been absorbed but since April the income by of the public transport corporation has increased by over Rs 3.5 crores.

Talking to Hill Post, Ajay Mittal, additional chief secretary transport said, “there is pressure to increase fares as diesel prices increase each month but by cutting wasteful expenditure we have been able to record an income increase of Rs 2.12 crore in April and Rs 1.30 Crore in first week of May.”

For May we have fixed an income increase target of Rs 5 crore and by July we expect it to increase by Rs 10 crore per month,” he added. 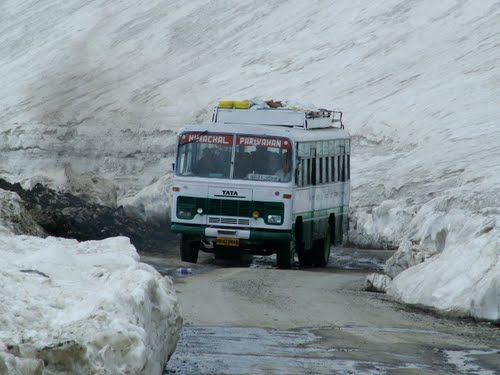 Turning around the over Rs 700 crore debt ridden Himachal Roadways Transport Corporation is a long way off and the state does not have the money to write of the accumulated bad debts.

Responding to the query as to how the state roadways was absorbing the successive increase in diesel prices, Mittal said, “we are already charging one of the highest per kilometre charges for public transport in the country and any further increase would need to be justified.” Diesel prices recently were increased by Re 1 per liter.

“To curtail the unnecessary expenditure, targets had been fixed on day to day expenditure which includes per kilometre average of diesel and other related equipments,” he said.

Sources revealed that pressure for increasing fares was being mounted by private transport operators as the diesel hike was denting their profits.

Without identifying any private operator, a HRTC manager on conditions of anonymity disclosed, “for a long route journey, a private transporter undercuts in fare charges, tilting public-private competition for passenger attention in favour of the latter. We have to abide by the government approved fares but nothing binds the private operator to charge less.”

There being not enough funds but burdened with a mandate to ensure transport facilities for the common man, Himachal Roadways even at huge losses has to be kept alive the service for no private operator would dare to venture on some loss making and treacherous hilly routes.

“Bad road conditions reduce mileage and increase maintenance costs,” says GS Bali, minister for transport. “We will ask the government to compensate HRTC for operating on such routes.”

Even as the corporation plans to buy about 500 new buses in the year ahead but to cut operating and maintenance costs, the corporation has decided upon a wet leasing arrangement also. “Revenues would be collected by HRTC, maintenance and driver costs would be borne by the bus owner,” says Bali.

In the absence of railway network or air connectivity, road transport is the only reliable means of communication in Himachal Pradesh.

The state transporter has a fleet of over 2000 buses and some of the routes operated upon are among the highest and most difficult mountain roads in the world.