Mumbai: Filmmaker Mahesh Bhatt says a film works at the office only if a director is able to translate a writer’s vision on the screen. He feels stars can add to that.

“We confuse ourselves by thinking that stars have the power to deliver blockbusters. No. If the story doesn’t work, if the director does not translate the vision that is embedded in the story with the adornments that the film needs, there are no chances of it coming to anywhere close to success,” said Bhatt, known for directing films like “Arth”, “Saaransh”, “Zakhm” and “Naam”, which were high on content. 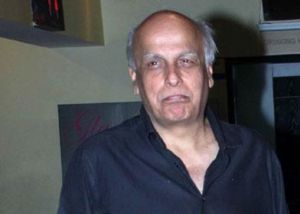 Bhatt, known for launching new talent under his banner Vishesh Films, has this time roped in relative newcomers Aditya Roy Kapoor and Shraddha Kapoor for “Aashiqui 2”.

The filmmaker, who was speaking at the success party of “Aashiqui 2” here Tuesday, gives credit to writer Shagufta Rafique and the entire team for the success.

“What made the film work was the magic that came out from Shagufta’s heart. Shagufta has a very unusual background. She is the salt of the earth and pulled the narrative from her heart,” the 65-year-old said.

“The way she narrated the story to us, we knew it had the throb and love of life,” added Bhatt who has also produced films like of “Gangster – A Love Story”, “Murder” and “Woh Lamhe”.

“So first it was there, pulled out of the heart, then Mohit came and added a dimension to it, gave it a soul with the music and the singers, and actors gave life to it,” he added.