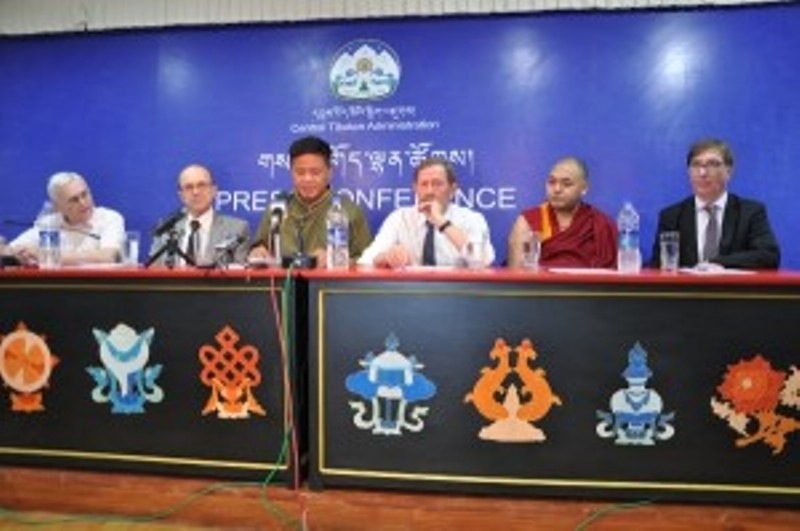 Dharamsala: A four-member French Senate delegation led by Senator Jean-Francois Humbert, President of the Tibet Group, pledged their continued support to the Tibet issue. Addressing a press conference at the Department of information and International Relations of Tibetan Government in Exile, Humbert said, “we condemn the cultural genocide that is going on inside Tibet.” The senators unanimously affirmed that the suffering of the Tibetan people inside Tibet is real .The delegation which is currently on a week-long visit to Dharamshala, urged that the international community to recognise the non-violent struggle of the Tibetan people.

The other members of the delegation are senators Mr Michel Berson, Mr Bernard Fournier and Mr Andre Gattolin. All of them indicated personal desires to visit Tibet and ascertain the situation themselves. They expressed their desire to invite representatives from Dharamshala to visit the French senate. Sikyong Dr Lobsang Sangay and Speaker Penpa Tsering of the Tibetan Parliament have earlier visited the French Senate.

The delegation had an audience with the 17th Karmapa Ogyen Trinley Dorji,and visited the Tibetan Medical and Astrological Institute (Mentseekhang). The delegation will also visit the Tibetan Children’s village school and various other Tibetan NGOs based in Dharamsala during their stay here .