Srinagar: What started as an allegation over the wrongful purchase of antibiotics by a government-appointed committee in Jammu and Kashmir has now started haunting the imagination of the public in the Valley. But is the issue being blown out of proportion?

The alleged scam initially surfaced after a government-appointed committee’s order worth Rs.800,000 for the Maxizin 625 antibiotic, a combination of amoxycillin and clavenate, tested fake in laboratory analysis. Now the Doctors Association of Kashmir has called for a Valley-wide shutdown on May 6 against the suspected fiddle. 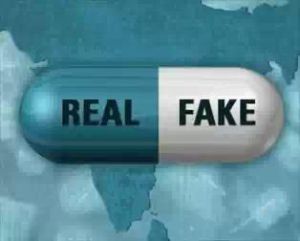 Ironically, the fear and scare among the commonman are so widespread here that from ordinary cottonwool supplied to government hospital drug stores to life saving injections like Mannitol administered in the Valley’s only superspecialty Sher-e-Kashmir Institute of Medical Sciences (SKIMS), every drug is viewed with suspicion by the public.

Many people even argue that medicines sold at public retail shops in summer capital Srinagar and other places are also spurious.

“One trusts nothing in Kashmir these days. If a committee of senior doctors appointed by the government can purchase fake drugs what stops retail drug shops from also selling spurious medicines,” Gowhar Ahmad, 28, a government employee, told.

Interestingly, the alleged scam has not attracted any public attention in the Jammu region although the alleged fake antibiotic Maxizin 625 was supplied to all the hospital drug stores in 2010.

Now that the Valley doctors and also chemists are up in arms against the “scam”, the separatists have also started fishing in troubled waters. “They are supplying poison to the people of the Valley in the garb of medicines,” alleged a senior separatist leader.

While the separatist accusation is obviously far fetched, the fact remains that the ever suspecting Kashmiri is living out another nightmare of suspicion.

“I purchased some medicine for my backache in Goa during this winter. It worked wonderfully. I bought the same brand in Srinagar and it does not work,” Ali Muhammad Dar, 64, a brick kiln owner in central Badgam district, told.

The state government has handed over the investigations to the Crime Branch and also asked the vigilance department to probe the assets of members of the committee that approved the purchase of the fake antibiotic.