Shimla: A moderate intensity earthquake that hit the northern regions on May 1 only exposed the lukewarm response towards disaster management here corroborating what a baseline survey on awareness and preventive practices had brought out only recently.

The 5.7 Magnitude tremor that shook up the mountains, early on the May Day afternoon, left most office goers, house owners, tenants, school children and anybody who was indoors, clueless about adopting any safety measure beyond those who had exit access,  attempting to run out of the buildings. The disaster telephone help lines, set up primarily for such emergencies, were not working. 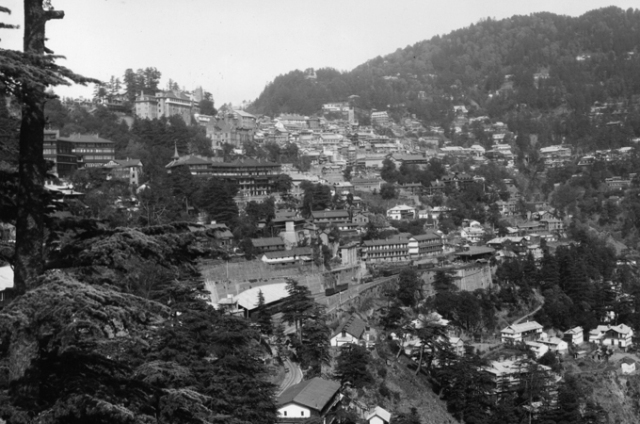 It came as no surprise to the surveyors of Himachal Pradesh Economic and Statistics department, who carried out the first of its kind survey in the hill state that 84 percent of the population was not aware of any disaster management plan prepared by anybody.

The disaster preparedness survey report was only released a few days before the moderate intensity earthquake on Wednesday.

Speaking to Hill Post about the report findings Pradeep Chauhan, head of the department said, “with about 90 percent of state residents living in rural areas, much of the rural population believed that deforestation was the major reason for disasters occurring.”

“Interestingly, second in ranking was the belief of respondents that wrath of Gods and lack of faith in God contributed towards causing disasters,” he said.

A large number (83%) considered that buildings were not being constructed according to building codes and 91 % had not heard what a retrofit structure was.

A large section of the populace (72%), however were of the view that there was a strong relationship between disaster and development.

The survey carried out was done to asses data gaps in preparedness and awareness levels and to managing post and pre disasters situations found that 83 of the sampled population had never been trained to deal and manage a disaster situation.

About 80 percent of district administration officers were not even aware of existence of regional response centers located in Himachal for dealing with disasters.

Whereas only half of the district administrators surveyed were familiar with modalities for requisitioning assistance from armed forces but 67 % of medical professionals stated that they were neither adequately prepared nor equipped to face any sort of disaster.

Earthquake hazard profiling places five districts; Chamba, Hamirpur, Kangra, Kullu and Mandi in an area prone to severest intensity of earthquakes, while the remaining area is only at the next severity level.

Lying on the Alpine – Himalayan seismically active belt running from Alps mountains from Yugoslavia, Turkey, Iran, Afghanistan, Pakistan, India, Nepal, Bhutan and Burma, the state in 90 years has recorded about 250 of earthquakes of Magnitude 4.0 and more including 60 with magnitude of 5.0 or more.

In over hundred years the 4th April, 1905 Kangra earthquake of 7.8 Magnitude that claimed thousands of lives and devastated many ancient structures has been the most severe shakeup in recorded history of the hill state. The 6.8 Magnitude tremors of 1975 in Kinnaur-Spiti and the 6.4 Magnitude quakes of 1906 did leave a destruction trail too.