Shimla: Unnerved by BJP demanding a judicial probe into allegations against them being investigated by the state, Congress has hit back by holding that the opposition had lost faith in state investigating agencies after retirement of certain top police officers.

Rejecting the demand for a judicial probe, former minister Kuldeep Singh Pathania has asked opposition leader Prem Kumar Dhumal to disclose the number of cases got investigated from a sitting judge of the High Court during the term he was chief minister.

Asking the opposition to be patient and let the investigation take its course, Pathania, who is chairman of State Pollution Control Board said Dhumal should not doubt the integrity of state investigating agencies as the guilty would surely be brought to book.

Has BJP lost faith in investigating agencies due to retirement of some top police officers, he questioned? 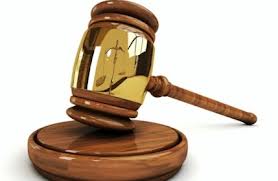 Among the several cases handing over for investigation are sale of land in Annadale ground, Bamloe apartments, land leased to HP Cricket Association for setting up a hotel in Dharamshala and the large scale unauthorized phone tapping done by police agencies.

On Tuesday, Dhumal had written to Governor Urmila Singh demanding a probe into all allegations being leveled by a sitting judge of the High Court.

The opposition leader said, “there appears to be no government authority in the state and leaders and government officers of ranks were leveling all kinds of allegations that need to set to rest by initiating a judicial probe into them.”