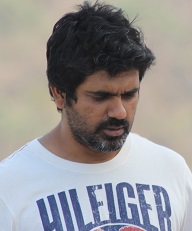 New Delhi, May 5 (IANS) Cinema must be beyond a “few reels of entertainment” as it is a good medium to channelise the positive changes in the country’s socio-cultural milieu, says filmmaker Nitin Kakkar, whose debut feature “Filmistaan” was named the best film at the 60th National Film Awards.

“As far as social issues are concerned, I feel cinema is a strong tool to bring about a change in the society. Cinema is lot more that few reels of entertainment,” Kakkar told IANS in an interview.

His thoughts find resonance in President Pranab Mukherjee’s recent comment on how “cinema can play a crucial role in influencing society”.

Mukherjee spoke at the National Film Awards ceremony here May 3, the 100th anniversary of Indian cinema, and he shared how “cinema must be used to portray positive societal values for building a tolerant and harmonious India.

“The film industry ought to take steps to ensure that cinema was morally energising,” he said.

Kakkar’s “Filmistaan” is the story of an aspiring Indian actor who is abducted by an Islamic terrorist group. He then meets a Pakistani who smuggles pirated Hindi movies.

The idea behind filmmaking, for Kakkar, is not solely to pick social issues.

“I don’t pick issues to make a film, I choose stories that move me. There is lot of time, energy and labour that goes into making movies and it all begins with a story idea, so it better be good. Movie is not a business for me, it is more of something that makes me happy. It’s like oxygen that I need to keep me alive,” the 37-year-old said.

Mumbai-born Kakkar made his debut with award-winning short film “Black Freedom” in 2004. Later, he worked on a few TV projects.

In the capital to recieve the coveted National Award for the movie, he said: “This is my first feature film and my first National Award. I am more than satisfied with the kind of films which are being appreciated by the National Film Awards (jury) all these years.”

Apart from Hindi films, the 60th National Film Awards also saw a healthy number of winners from the southern, Marathi and Bengali cinema market. Kakkar, however, feels regional films will take time to get its true credit.

“India is culturally diverse. With so many states and so many different languages, it is really difficult to appeal to a mass audience. Hindi is more widely spoken and so, the acceptance of Hindi cinema is wider.

“Also the divide in the social structure also forbids us from going to a theatre to watch films that belong to other languages. Till the time as a nation we are not one, till the time we do not give up inter-state politics, it would be really difficult to get a mass appeal of regional cinema,” he said.

Nevertheless, he finds certain comfort in the several developments Indian cinema has witnessed over its 100 years of existence.

“There has been a constant growth in cinema in all departments – be it technique, style of storytelling, acting, cinematography – you name it and there has been a significant change in all the departments. It’s an ever-evolving process and it will keep happening for next 100 years too,” said Kakkar.

(Nivedita can be contacted at [email protected])