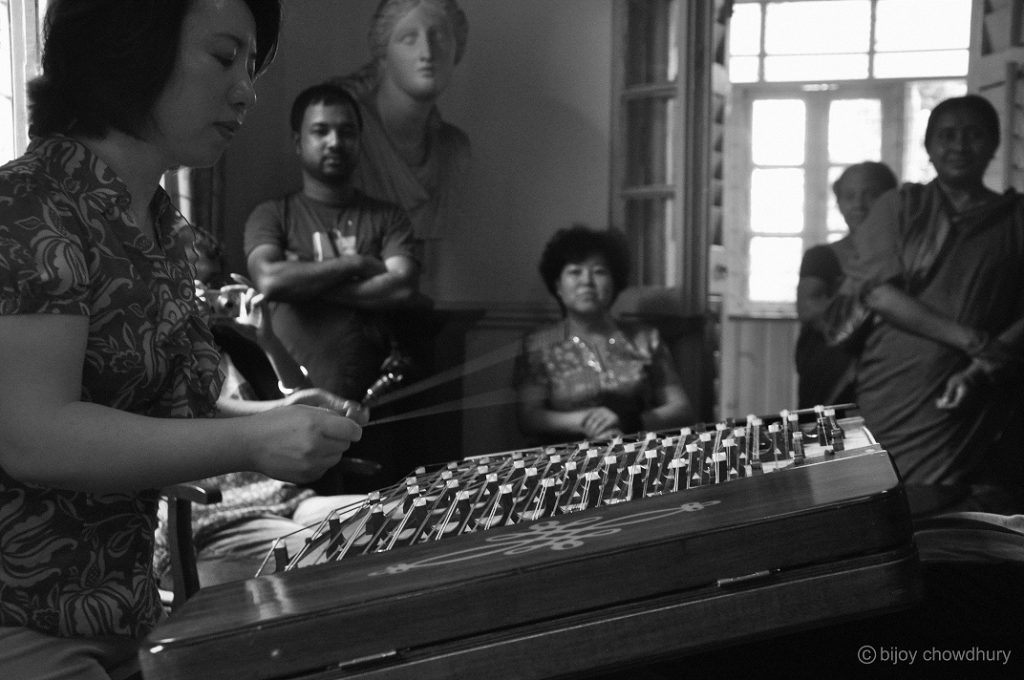 New Delhi, May 19 (IANS) She started liking the poetry of India’s poet laureate Rabindranath Tagore while in school, and now China’s noted dulcimer player Liu Yuening has made the first Chinese transcription of Tagore’s songs with the aim of creating an enduring basis for India-China ties as the two countries embark on summit-level talks after a month of problems this week.

“Tagore’s poetry is like music, it is melodic, sweet and lovely,” Liu told IANS in an interview here on her way back from Kolkata where she attended the opening of a China gallery at Rabindra Bharati University in Jorasanko, Tagore’s ancestral estate, earlier this week. The gallery has several photographs of Tagore and his family members’ visit to China.

At a concert in Kolkata to mark the 150th anniversary Tagore’s birth in 2011, Liu on the dulcimer had presented a combination of Chinese and Indian music accompanied by Indian musicians and instruments like the tabla.

Beyond her childhood love for Tagore’s poetry, it is her musical instrument – yangqin or the Chinese-hammered dulcimer – that has made Liu the leading exponent of the India-China music dialogue and a key ambassador of culture. The yangqin is a stringed musical instrument with the strings stretched over a trapezoidal sounding board.

“The first world-wide dialogue between Indian yangqin or santoor and Chinese yangqin was held in Calcutta in 2011 at the concert themed ‘Night of the Orient, When East Meets East’, said Liu, who has studied in India with noted santoor maestro Shiv Kumar Sharma.

“More than 20 countries around the world have this instrument that originated in the Iran-Iraq region,” Liu said of the Chinese dulcimer that is quite similar to the santoor.

Liu undertook a seven-month research at the University of Delhi on a Ford Foundation fellowship in 2009 to explore the grammar of the two musical instruments of the same family. Liu, who is a professor at China’s Central Conservatory of Music and the youngest professor of yangqin in the country’s history, aims to create an enduring basis of dialogue “between our two oriental cultures”.

“With my Indian gurus, I am trying to make a new style of India-China music… Chinese melody, put in the Indian raga structure to create a new sentence and style,” Liu said.

Liu directs a yangqin ensemble called Jasmine and plans to bring it to India on a music tour of the Buddhist heritage sites.

In May 2009, Liu held a trio concert with an Indian band called the Kedia Brothers in Jharkhand, where the yangqin, the sitar and the sarod were played together.

Chinese Premier Li Keqian arrives here Sunday to have the first summit-level formal talks between the two countries after the leadership transition in China in March.

(Biswajit Choudhury can be contacted at [email protected])