Shale gas is fast transforming the world’s energy industry. It is cheap, abundant and has the ability to burn cleaner than fossil fuels and has increasingly become an important source of natural gas in several countries including the United States, China, Canada, Australia and Europe.

The World Future Society, a non-profit educational and scientific organization, predicts oil to run out in the 2040’s after looking at the current level of consumption.

Being a scare resource, oil will only become more expensive with time and therefore shale gas fills in as a great substitute by offering countries a cheap, carbon-friendly way to meet their energy needs.

‘Oil’ has always been one of America’s prime concern as several decades it has been dependent on foreign oil. Even though countries like Saudi Arabia, Mexico and Venezuela have supported America in meeting its oil needs, shale gas has turned the equation for America to not only become self sufficient but even to turn exporter in the gas sector.

US Energy Information Administration data shows that the country imported 11.4 million barrels per day of petroleum in 2011 from about 80 countries. The net imports accounted for 45% of the petroleum consumed in the United States and it was the lowest annual average, since 1995.

However, American shale gas which is considered to be equivalent to Iran’s oil reserves may be able to rescue America’s pioneering spirit.

Noted economist Thomas Friedman in a recent The New York Times article argued that, “with well planned development of natural gas reserves, the U.S. could not only be independent of foreign oil but could conceivably become a net natural gas energy exporter.”

This will not only turnaround fortunes for the largest economy but also contribute in reducing the greenhouse gas emissions and help to contain climate change.

Not only have American companies become progressive in their approach after the discovery of shale gas but foreign manufacturers are now bringing their operations to the US, hoping to benefit from reduced energy cost.

This has benefitted consumers greatly as Marianne Lavelle writing for National Geographic (December 2012) would have us believe that 55% of the homes in the US use gas for heating, and prices last winter touched a ten year low.

In Pennsylvania the boom has revived businesses; created some 18,000 jobs and paid millions of dollars in lease-signing bonuses and royalties.

All energy production processes are associated with environmental risks. And it is no different with tapping for shale gas.

Proportion of shale gas in the overall energy mix would matter much in the eventual trade-off on environmental protection against economic benefits.

Alarmed over the associated ecological degradation, regulators in France have suspended or banned hydraulic fracturing in some areas completely due to its impact on the environment.

On the other hand countries such as Argentina and China are advancing shale gas production despite the environmental risks in order to become self-sufficient and to meet rising energy demands. A spin off benefit is that the shale gas tapping industry provides employment to low-skilled workers. 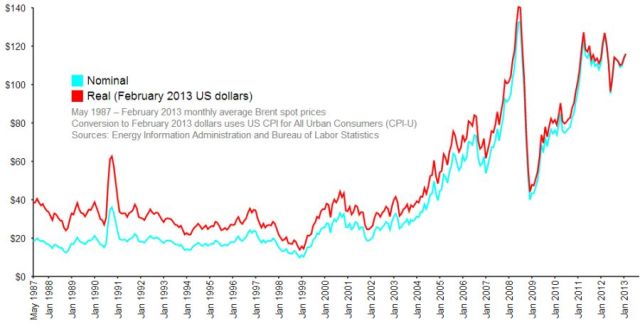 Commercial production of shale gas has major oil producers like Saudi Arabia, Iraq, UAE, Venezuela and others OPEC countries, Russia and other oil surplus countries, a worried lot as international crude prices after touching $140 a barrel in 2009 have started falling.

Production of shale gas, despite its negative impacts on the environment, is increasing and as long as it is extracted in a regulated manner, it would extend the lifespan of energy dependence upon fossil fuels by boosting global supply of natural gas.

With oil expected to deplete faster than shale gas, the rising demands for energy require lasting solutions which fossil fuel would not be able to meet. However, until a permanent solution to our world’s energy needs is discovered, shale gas and ‘fracking’ process is here to stay.