Shimla: It seems Sanjay Dutt’s jail ‘yatra’ has come in the way of his ‘journey’ to Delhi. Director Subhash Kapoor says the third instalment of the “Munnabhai” movie will start only when the actor finishes his jail stint. 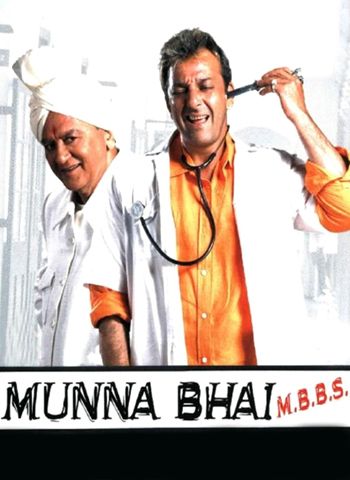 “We can’t imagine Munnabhai’s next part minus Sanjay Dutt,” said Kapoor, who was set to wield the megaphone for “Munnabhai Chale Dilli”.

The Supreme Court Friday dismissed Sanjay’s plea seeking review of its March 21 judgment upholding his conviction under the Arms Act and sentencing him to five years in jail in the 1993 Mumbai serial blasts case.

Dutt, 53, was sentenced to five years in jail by the apex court March 21 for illegal possession of arms during the 1993 Mumbai blasts.

The actor has already undergone one-and-half years of imprisonment and, according to the apex court order, he has to complete the remaining three-and half years of the sentence.

“We will wait for our lead actor to complete his jail term,” Kapoor, who was here on a personal visit, told in an interview.

“He (Sanjay) and Circuit (Arshad Varsi) are the true spirit of Munnabhai series,” said Kapoor.

The first two films – “Munnabhai M.B.B.S” and “Lage Raho Munna Bhai” – were directed by Rajkumar Hirani, but for the third instalment Kapoor has been roped in.

The director is nevertheless hopeful of Sanjay’s early release.

“We are hopeful that Sanjay will be freed early (on humanitarian grounds),” he added.

Forty-one-year-old Kapoor has his roots in the hill state. His family belongs to Sujanpur Tihra in Hamirpur district. But he was brought up in Delhi.

Journalist-turned-producer and director, Kapoor made his debut with “Say Salaam India”, which failed at the box office.

But his films “Phas Gaye Rey Obama” and “Jolly LLB” were decent films.

“Bollywood recognises talent, but for this you need an opportunity. For the new entrants getting an opportunity depends all upon break,” Kapoor said.

“My struggle in Bollywood, in fact, started after my first movie flopped,” he said.

From Shimla, Kapoor is heading to the picturesque tourist resort Kalpa in Kinnaur district, some 250 km from here.

“I love long drives. I have come here driving all the way from Delhi. Now I am driving to Kalpa,” said Kapoor, who lost his left arm in an accident when he was five years old.

On censorship, Kapoor said he’s against it.