New Delhi: A day before he was found dead under mysteriouos circumstances last week, Delhi Police Inspector Badrish Dutt had filed a police complaint that spot fixing was to take place in the multi-crore IPL tournament and players would under-perform during agreed upon overs in exchange for huge amounts. 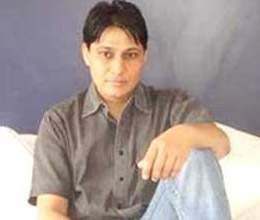 Dutt filed the First Information Report(FIR) in the case just a day before his and his live-in-partner’s bodies were discovered in their Gurgaon flat May 10. They had received bullet injuries to their temple.

The mysterious death of Dutt and his companion is being investigated by Gurgaon police.

Dutt, an officer of the Delhi Police Special Cell, had traced the telephonic conversation about spot-fixing between the bookies who reportedly were working on the instructions of the Mumbai underworld during surveillance of their phones.

On the basis of this input provided by Dutt, an FIR was lodged on May 9 without naming any bookies.

According to the FIR: “Match fixers and bookies from Delhi, Maharashtra, Gujarat, Punjab etc. and some players participating in this Indian Premier League tournament have joined together to indulge in spot and match-fixing.”

The FIR also said that the Special Cell received information in the third week of April that certain members of the underworld were involved in some sort of fixing in the ongoing IPL with active participation of some unidentified conduits based in Delhi.

“It had also been informed that players who will be fixed will be paid huge amounts to under-perform during decided bowling overs/spells,” the FIR said.

“Such acts will amount to cheating innocent and sports-loving people of their hard earned money used in purchasing tickets. Large number of people watch the matches; not only in stadia, purchasing costly tickets, but also across the globe through televisions and internet expecting that there would be a fair play,” the FIR added.

“The telecast of matches involves large sums of money through advertisements. As a result of such malpractices, innocent sports lovers end up getting robbed of their precious time and money,” it said.

The FIR also said the bookies and players decide before a match as to which portion of it will be “fixed”.

“Pre-decided signals will be given by the players to the bookies that will clearly be visible in the stadium or on the television for initiating heavy betting,” the FIR said.