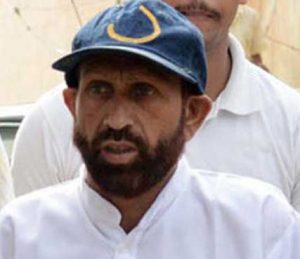 “Chief Minister Omar Abdullah has all along been saying that Liyaqat had no intention to carry out any attack as he was returning along with his family members and not carrying any weapons,” NC provincial president Nasir Aslam Wani said.

“Today’s development will repose faith of all the people who intend to take advantage of the government’s surrender and rehabilitation policy,” he said, thanking Abdullah for his “relentless effort” in ensuring that Liyaqat or any such person who shuns the path of violence is not unnecessarily harassed.

“Ultimately justice prevailed and the credit goes to Chief Minister Omar Abdullah on whose instance the case was handed over to NIA (national Investigation Agency (NIA),” said Wani.

A controversy had erupted between the Delhi Police and the Jammu and Kashmir Police after Liyaqat’s arrest in UP by the former who claimed he was part of a terror plan to strike in the country’s capital.

The Jammu and Kashmir Police however maintained that Liyaqat was returning to Kashmir under the state government’s rehabilitation policy for surrendered militants living across the line of control (LOC) who wanted to abjure violence and live a peaceful life in their homes.