Sydney: Australian Prime Minister Julia Gillard has said that she would look into the issue of allowing Sikhs in her country to wear the turban while at work and also while riding motorcycles. 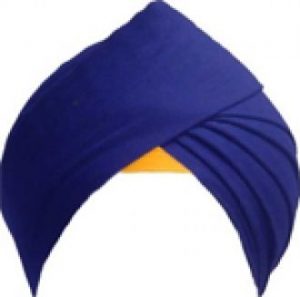 “We will work with your community to help make the necessary changes requested on cultural and religious grounds,” the Blacktown Sun quoted her as saying today during a visit to Gurdwara Sahib in the Sydney suburb of Glenwood.

She said this during a closed door meeting with office-bearers of the Australian Sikh Association.

The Sikhs also asked Gillard to allow members of their community to wear the six-inch sword, called the kirpan, to official government functions and to differentiate Sikh students from other students in schools.

Gurdwara spokesman Balvinder Singh Chahal was quoted as drawing the attention of Gillard to the fact that countries like Canada and Britain already allow Sikh civil engineers to wear the turban instead of the hard hat at work sites and while riding motorcycles.

“I also would like to point out that the Punjabi language and Sikh religion were the fastest growing language and faith group – at the rate of 205 percent from 2006 to 2011, according to recent census,” he said.

He also sought the inclusion of Punjabi language and Sikh history in the curriculum of schools, especially in western Sydney.

“We also request more liberal entry of international students especially from India to help the country (Australia) to meet its skilled and less skilled labour needs,” Chahal was quoted as telling Gillard.

Gurdwara Sahib in Glenwood, Sydney, is said to be the largest gurdwara not only in Australia but also in the entire southern hemisphere.